The conventional thinking was the oil was going to continue to rise in the countdown to the November 4 Iran sanctions and, or course, it has been just the opposite with oil now down 15% from the October 3 peak at $76.90.

Today’s decline breaks a minor trendline from the June and August lows and highlights the August low of $64.43 and the June low of $63.59.

A break of those might kick off a flush in oil prices back into the $50s.

Looking at the bigger picture, it’s a reminder that oil in the $50s is no disaster. Sixteen months ago WTI was at $42, which would be another 35% decline. 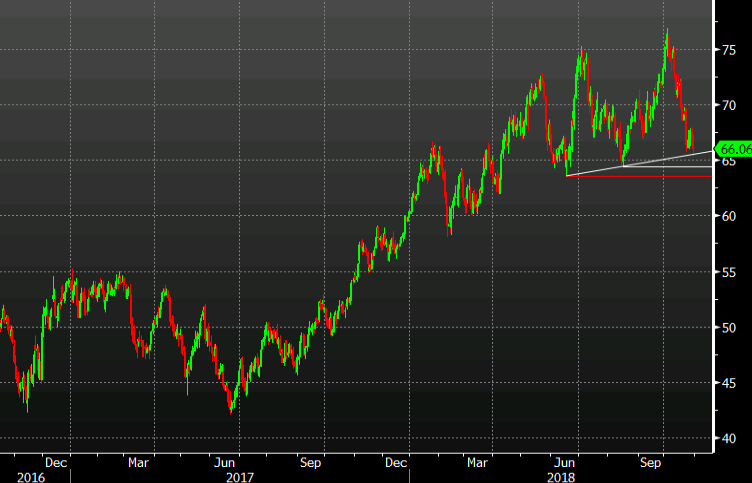 The rest of the week is huge for oil company earnings and how they plan to spend and invest will be key. Today Baker Hughes announced it was suspending its share buyback plan, which hints that things may not be as rosy as they seem.

@pikines77
Previous USD/JPY eyes the 113.00 handle ahead of US trading
Next AUD/USD climbs to eight-day high