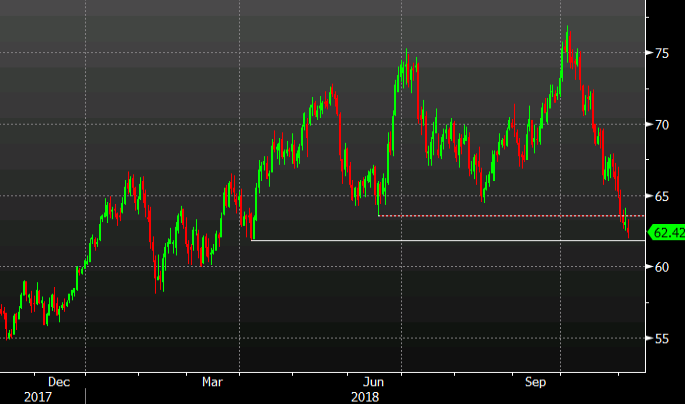 Iran sanctions have been a sell-the-fact trade so far with crude down 86-cents today to $62.25. That’s the lowest since April 6.

The main story that’s hurting crude is a Reuters report that says Iran buyers — now with waivers in hand for the next 180 days — plan to start ramping up purchases after scaling them back dramatically this month. The eight countries given exemptions account for 80% of Iran’s exports.

Oil is now down 19.5% since the October highs. talk of an OPEC/Non-OPEC production cut is starting to gain momentum. A $50 handle on oil would certainty hasten a move.
ForexLive