The USDJPY has moved to new session lows after the tame PCE data. Let’s face it, at 1.6% for the core measure, it remains well below the 2.0% target for the Fed.  It might be THE reason to continue to ease despite the relative healthy economy.

Taking a broader look at the daily chart, the low this week on Monday, stalled right at a lower trend line (after breaking below the flash crash low from January 3).  As seen on the hourly, the high, stalled ahead of swing recent swing highs.  Also in play is the June 25 low at 106.773. The high this week reached 106.676. Overall, the technicals on the daily this week showed a reason to rally, but a reluctance to move too far (for now at least). The range was set at technical levels. 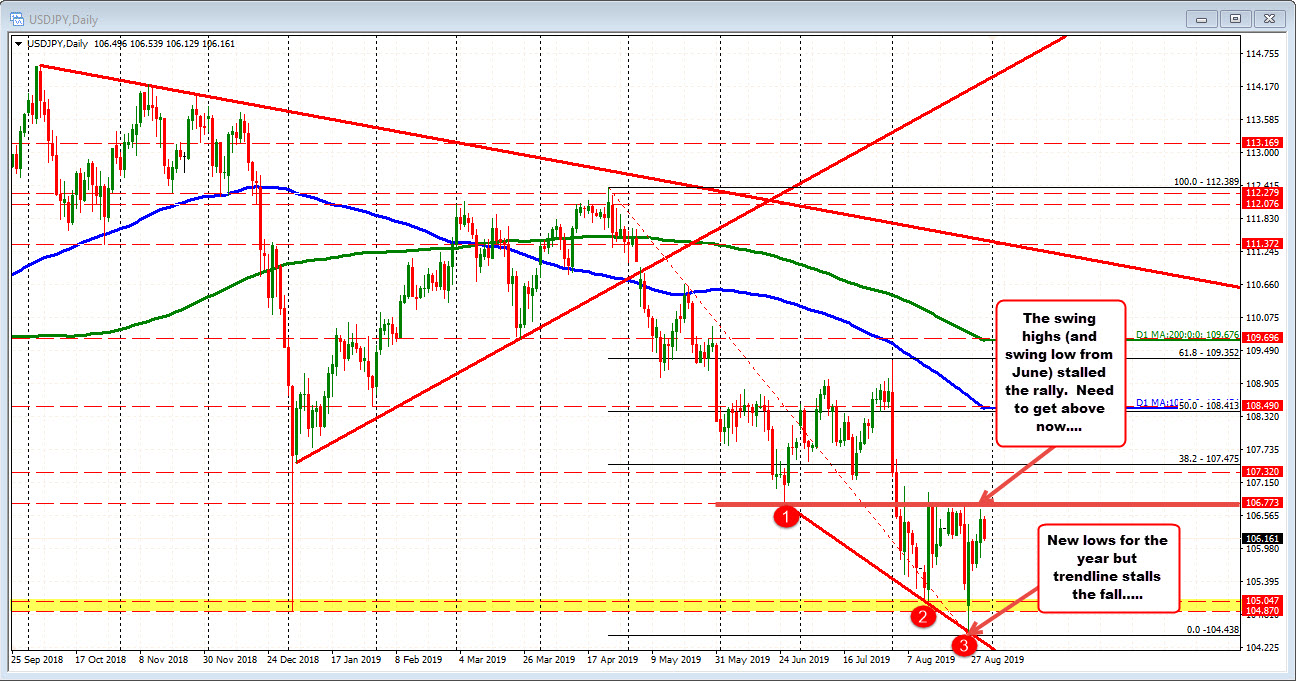 The fall in the USDJPY today, has also the EURJPY on a downward tract.
First, taking a look at the broader EURJPY daily chart  below, like the USDJPY, the pair reached the low on Monday’s trade near a lower channel trendline and bounced. The subsequent highs for the week, were able to get above a swing low area from earlier in the month at the 117.49-647 area (see yellow area in the chart).  In fact every day this week traded above and below that old floor level. That is indicative of a market that may be oversold, but is not giving up on the downside trend. 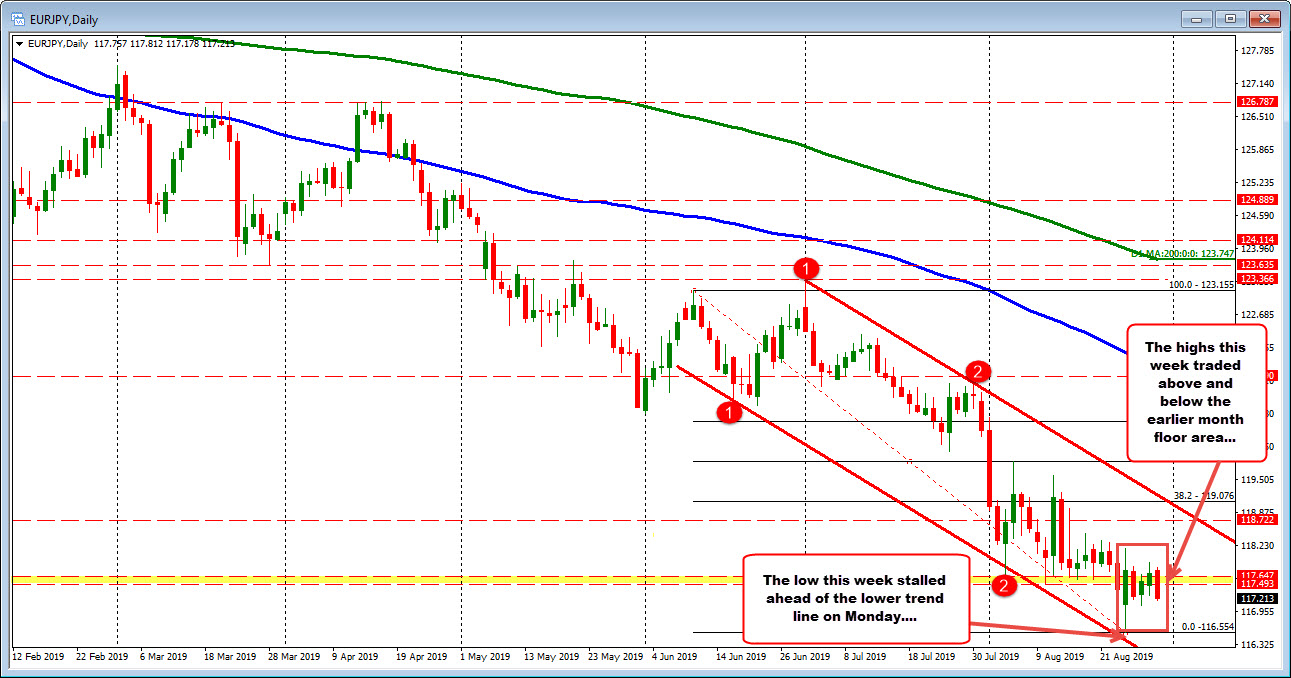 We currently trade below its 100 hour moving average at 117.508. Stay below that level is more bearish now (risk for shorts).   The next target would be a break below the 117.084 level.. That level was near an initial swing high on Monday and later a swing low on Wednesday. It may attract some dip buyers with stops on a break below.
If broken, it would open the door for a retest of Monday’s low down the bearish road.

So overall, both the USDJPY and EURJPY have seen ups and downs this week. The longer term resistance levels did stall the rallies and keep a bearish bias.  However, intraday support levels are being eyed and will need to be broken to help weaken the technical pictures for the pairs.
ForexLive

@pikines77
Previous The JPY is the strongest while the EUR is the weakest
Next US stocks higher in early trading. Week and month end flows could be in play