USDCHF pushes back toward highs

The CHF is usually a safe haven in times of trouble (lower USDCHF), but because of weaker than expected data out of Switzerland and some of positive technicals, the USDCHF is trading at the highest level since the beginning of June.

Looking at the daily chart, the pair remains in an upward channel. Admittedly, the price over the previous 3 days have seen up and down activity above and below its 200 day moving average and 50% retracement at the 0.99468 level. However, today the low for the day remain comfortably above that key technical area. Bullish.  The pair is also moving away from swing highs going back to early August and mid September at the 0.9975-82 area.  Stay above should be more bullish..   The topside trend line today comes in 1.0064. Keep that line in mind going forward should the buyers remain in control.

Drilling to the hourly chart below, the high today took out the high from yesterday but only by a pip and a half (the high today reached 1.0027).  That is a concern for the upside. Also, there is topside resistance against the trend line at 1.0033.  So there is some cause for pause from those reasons.

What is positive/bullish however, is the corrective low in the European session stalled in the 0.99828-868 area (see green number circles and yellow area).  That hold gave the buyers more confidence.
So the trading levels have been solidified technically. 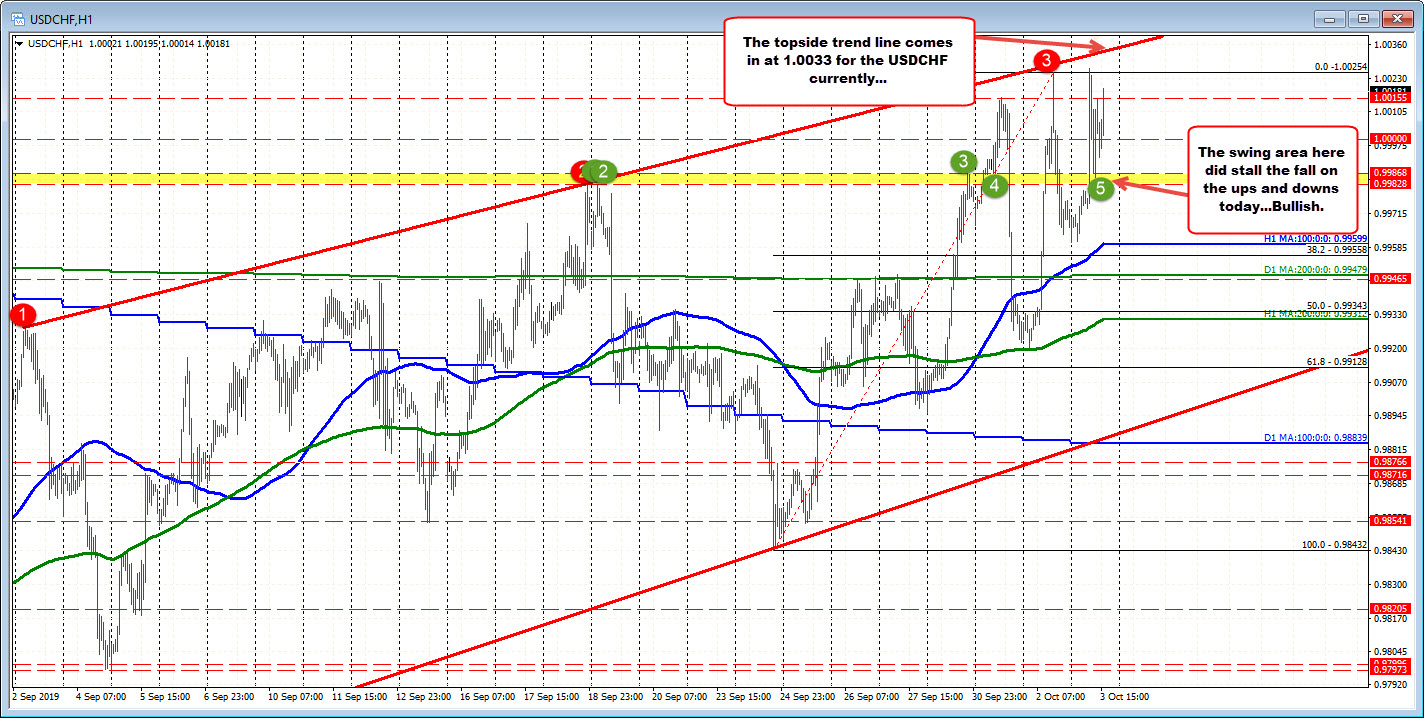 @pikines77
Previous GBPUSD spikes higher and cracks 200 hour /38.2% retracement
Next The US stocks open lower, but rebound into the black quickly.