It’s still all about risk and equities sentiment as we begin the new day and Trump’s earlier comments here hinting at a ‘great deal’ with China has helped to lift the mood even more from the early morning.
USD/JPY now trades to its highest levels in a week and is attempting to break above minor resistance seen at 112.73. There’s also some resistance sitting at the 22 October high @ 112.89 before offers at 113.00 will come into play.
But right now, it’s all about the improved risk sentiment after a disappointing day in Wall Street overnight. 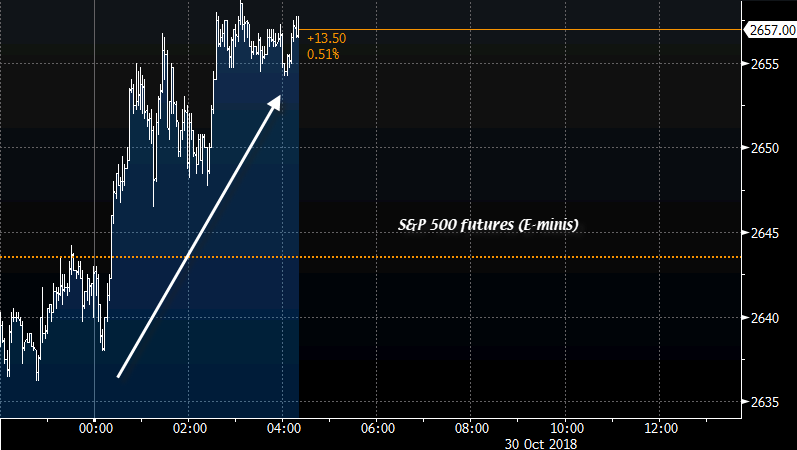 E-minis are trading 0.5% higher on the day so far and that’s also helping to give yen pairs a further lift on the day – alongside positive Asian equities sentiment. The Nikkei is currently up 1.9% at its best levels for the day as well.

In the bigger picture, a move above the 22 October high @ 112.89 would be a good continuation of the upside move from buyers after having defended the 100-day MA (red line) on Friday. But hold a break above the July high @ 113.17 and that will generate more poise for a retest of the year’s highs and the key resistance level around 114.50.
For now though, don’t get too excited. The only vote that matters for risk sentiment at the end of the day is that of Wall Street. So, let’s see what happens later in the day.