Oil made some headway in Asia but has given it all back. WTI is down 40-cents on the day to $51.20 and that’s part of what’s weighing on the Canadian dollar, which is at a five month low.

The strength in USD/CAD has pushed it within striking distance of the June high of 1.3386. 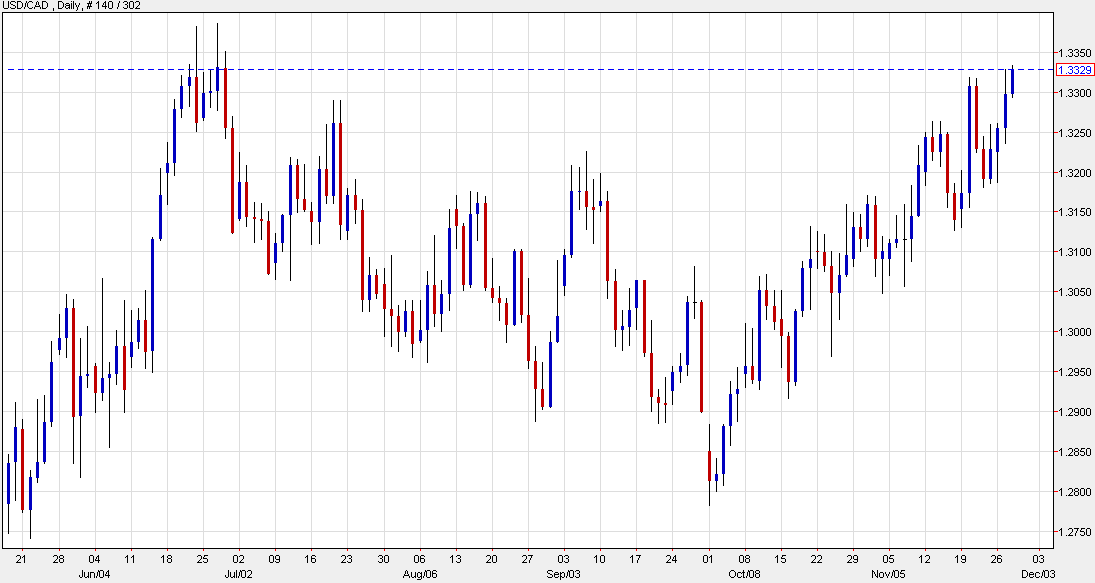 I think the move of overdone but the selling probably won’t let up until closer to month-end. It could also climb much higher if the Trump-Xi meeting falls flat or Powell strikes a hawkish tone later.