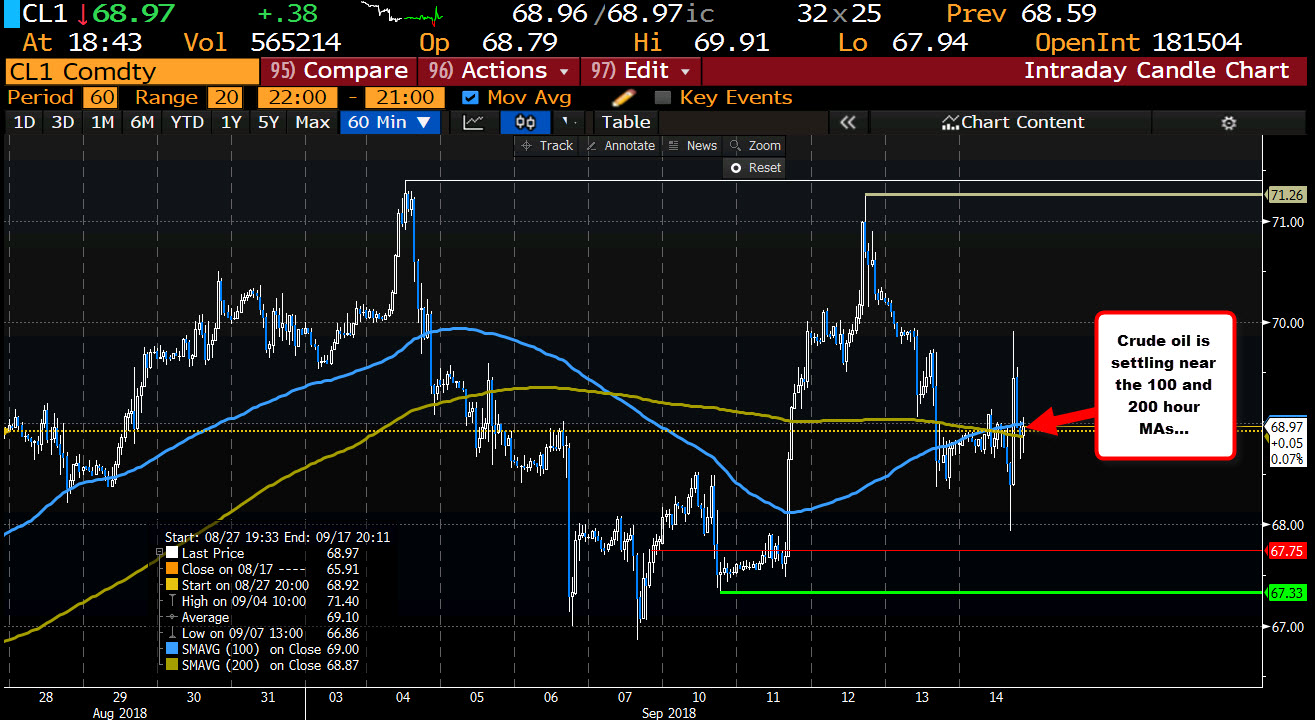 The high for the day reached $69.91. The low extended to $67.94.  The price action was up and down today (see hourly chart above).
For the week, the low reached $67.33 on Monday. The high for the week reached $71.26 on Wednesday.  The 100 and 200 hour MAs are at $69.00 and $68.87 respectively.  The price is settling between those levels.  The “market” is unsure of the next move (PS the high this week stalled just before the September 4th high).
This week, hurricane Florence was an influence (rightly or wrongly).  Also weekly inventory showed another sharp drawdown. The anticipation of Florence and inventory data sent the price higher.   As the storm seemed to lose some steam (and maybe the disruptions from the storm became less of an idea for traders), the price fell back down.
Next week, traders will looking for the run away from the MAs to give technical bias clues for the contract.
ForexLive

@pikines77
Previous What major currencies were the strongest and weakest this week?
Next GBPUSD tests trend line. 100 hour MA approached.