The USDCHF approaches the high for September. Key technical level.

Breaks above the 200 day MA

The USDCHF is approaching the high for the month at the 0.99829 level. The highs were reached on September 17 and September 18. The price fell from that level to a low of 0.98432 on September 23.  The price has been ratcheting higher since that low.

Now with the price getting close to the highs for the month at 0.99829, there is some cause for pause.  Nevertheless, if the price of the pair can stay above its 200 day moving average, the bulls more in control.
Taking a broader look at the daily chart below, the August 1 high reached 0.99749.  The earlier September highs moved above that August high but could not sustain the momentum..  The test now is a key 3 plus month test.  Getting aobve is a key barometer for both the bulls and the bears.
If the pair is to break to new highs, the next target off of the daily chart comes in at 1.00147 (the 61.8% retracement level.). There may also be some natural resistance against the parity level at 1.0000.

Stay below the highs and we could see a rotation back toward its 200 day MA, and we will see the true intentions of the buyers. 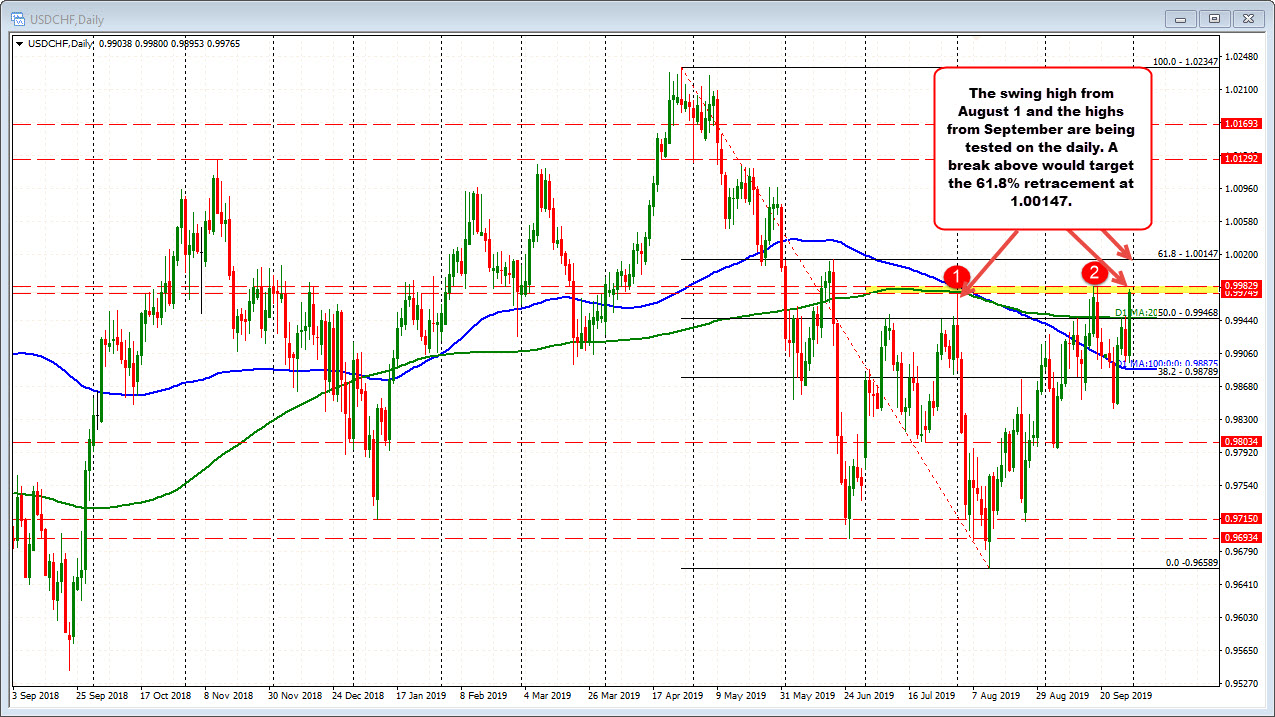 @pikines77
Previous The GBPCHF is the biggest mover today, but…
Next Gold stretches the slump even further in ugly fall