The JPY soars on the flight to the relative safety flows

The final taly is in and the JPY is endding the day as the runaway strongest currency on the “flight into the relative safety of the JPY” Pavlovian reaction trade. The CHF was also higher but well behind the JPY.

On the weak side, was the AUD and the GBP. The AUDUSD fell for the 10th straight day.  That trend move has taken the pair from a high of 0.7079 to a low on Thursday of 0.6794 (a 4.0% decline).  The AUDUSD is still tradng at the lowest level since January 3rd when the flash crash took the pair to a low of 0.6741. It would be nice for the trend to continue and take out that low so I won’t have to reference it as the low.  I hate flash crashes. 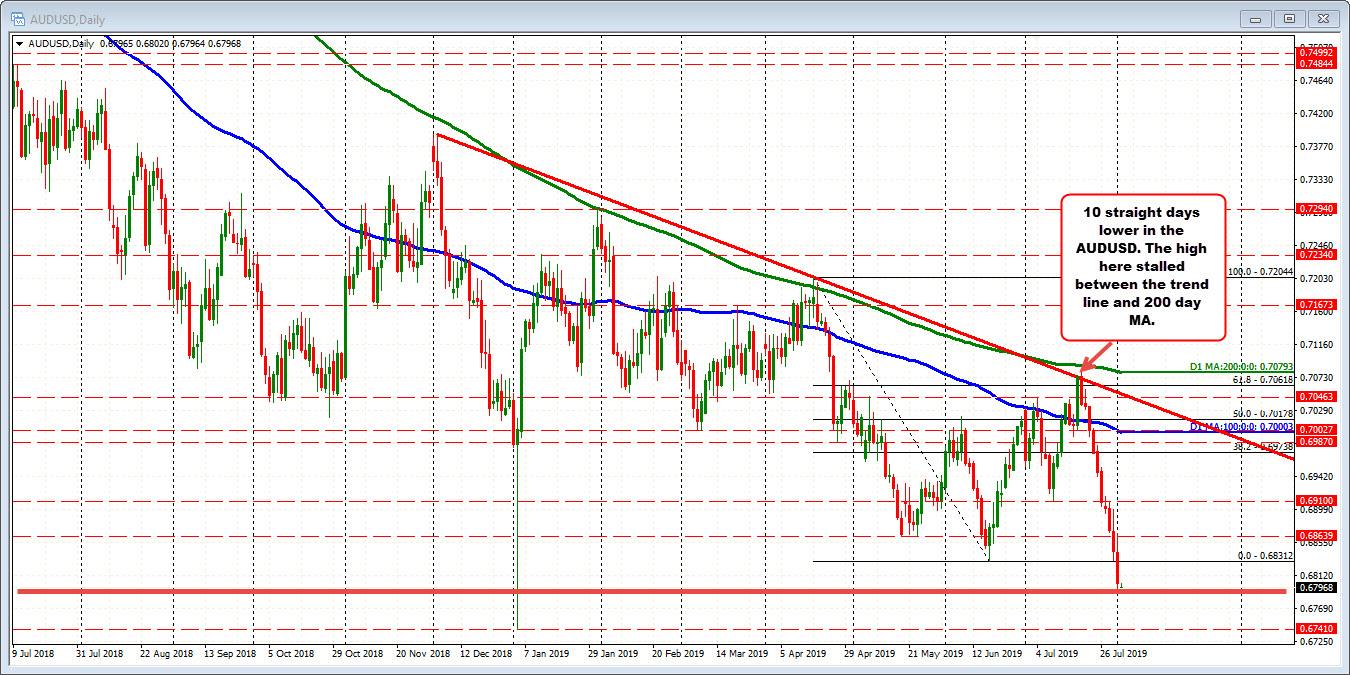 The chart below shows the ranges and changes of the major pairs. The JPY pairs all closed down and near session lows…. The flight into the relative safety of the JPY. 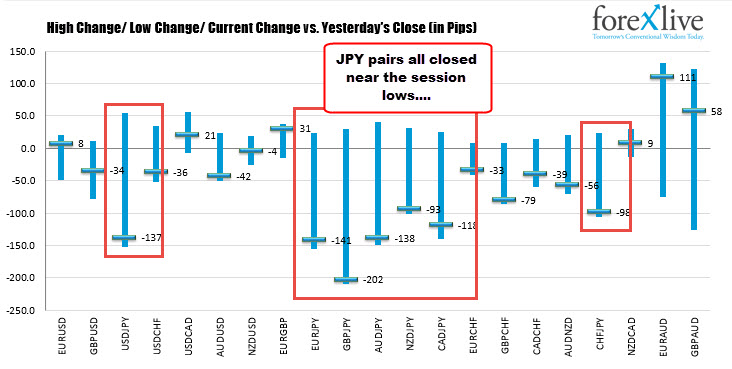 @pikines77
Previous EURUSD retraced to 50% midpoint of week’s range and found sellers
Next USDJPY completes the “lap” back down.