Breaking News
Home / Forex Treiding / The AUD is the strongest. The EUR is the weakest as NA traders enter

The AUD is the strongest. The EUR is the weakest as NA traders enter

The USD is stronger to start the North American session

As the North American session gets underway the AUD is the strongest. The weakest is the EUR as traders were disappointed by weaker than expected flash PMI data.  The USD is stronger this morning.

The EURUSD and the GBPUSD trading ranges are solid. The rest of the major pairs vs the USD are not doing much with the ranges all less than 39 pips.  In the JPY crosses, the pairs are mixed with the EURJPY and GBPJPY are weaker, the JPY pairs vs the AUD, NZD and CAD are stronger.  EURAD and GBPAUD are on the move lower. 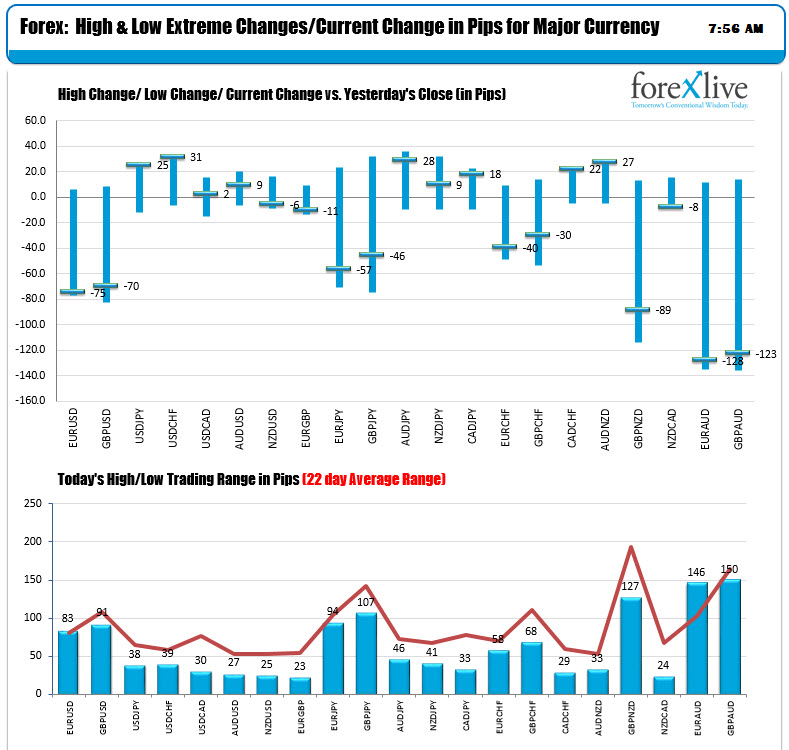 In the European debt market the benchmark 10 year yields are mostly lower:

In the premarket for US stocks, the Dow has moved positive after stronger Boeing earnings and guidance.

Earnings after the close include Microsoft, Advanced Micro Devices, Tesla. Tesla announced on Monday that it will release its earnings far earlier than expected. Also after the close will be for, visa, whirlpool, and align technology.
On the calendar today, the Bank of Canada decision at 10 AM, 1400 GMT is the highlight. The Bank of Canada is expected to raise rates by 0.25% to 1.75%
Also on the calendar includes Markit US manufacturing PMI data (preliminary) for October and new-home sales.  As mentioned previously the department of energy will release their weekly inventory data with crude oil inventories expected to rise by 3700K.
ForexLive