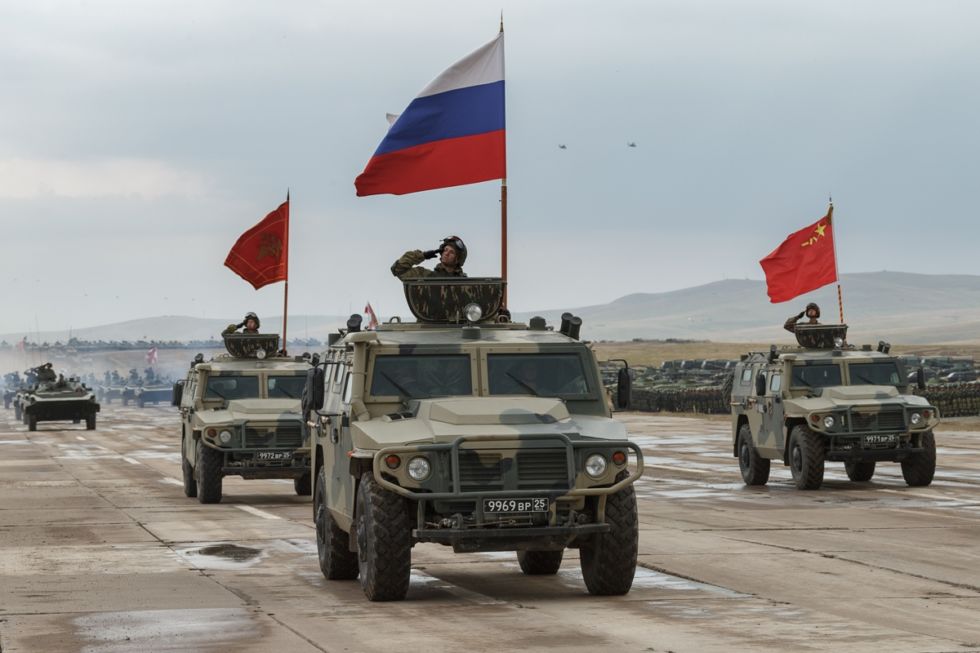 The last time that Russia mounted a military exercise the size of this week’s Vostok 2018 event, “Russia” was the Soviet Union, Leonid Brezhnev was General Secretary, and Ronald Reagan had just been elected president of the United States. That was 1981, at the height of the Cold War. Now, with a distinct chill in relations with the United States well underway, the Russian Federation has put over 300,000 troops in the field—alongside tens of thousands of tanks, helicopters, and weapons of every sort—for a huge war game in Russia’s far eastern reaches. And the country has invited the Chinese People’s Liberation Army to play along, as well as the Mongolian General Purpose Force.

Vostok 2018 wrapped up on September 14, but it started a whole new wrinkle in international affairs. Russia and China have agreed to continue to conduct joint military exercises, as the interests of Russia and China (once far apart) begin to align in response to US military power and a bellicose President Donald Trump. The photos provided by the Russian Ministry of Defense illustrate a military bromance. Presidents Putin and Xi had a breakfast of blinis together in Vladivostok.