Sellers lean against the midpoint

The NZDUSD fell sharply after the RBNZ surprised the market with a 50 bps cut in rates.  The NZDUSD fell from 0.6567 to a low fo 0.6377. All that happened in an hour and a half of trading. 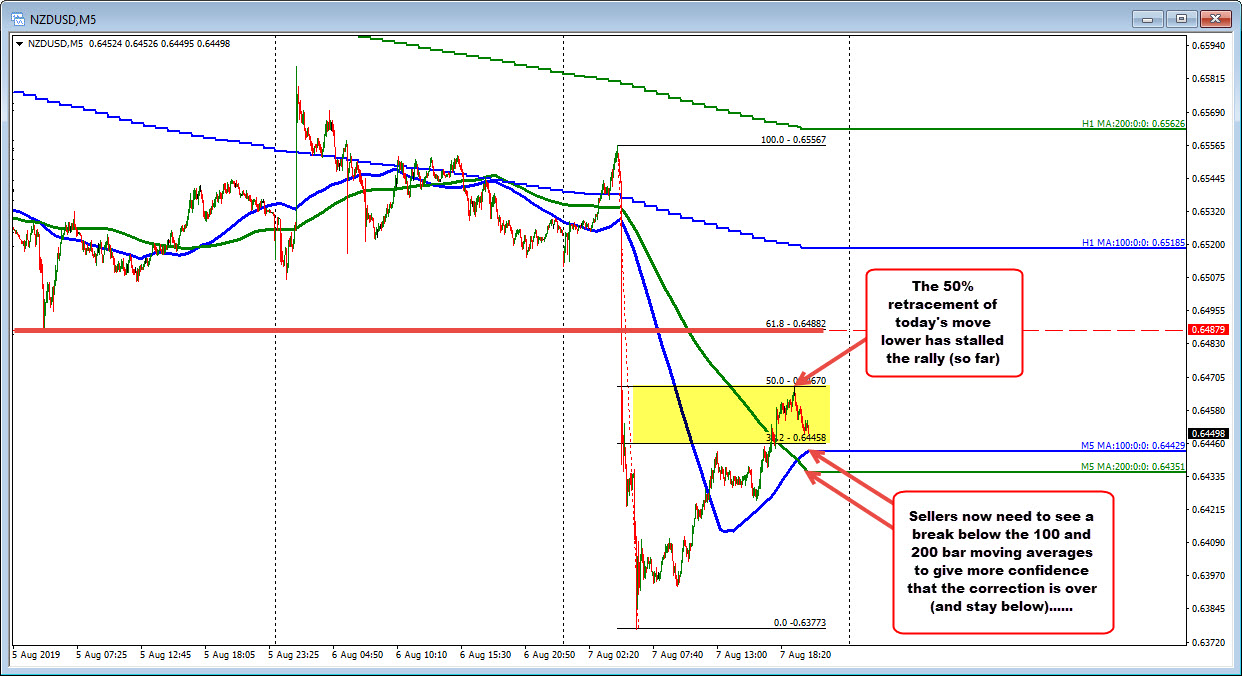 @pikines77
Previous Gold wanders lower after double top….$1500 and intraday moving average support eyed.
Next US consumer credit to be released at the top of the hour