MegaBots’ Eagle Prime chainsawed the hell out of a Chevy van

OAKLAND, Calif.—As far as mass entertainment goes, giant robots smashing each other should be a sure bet. Turns out, there’s a lot of kinks to work out first.

On Sunday, MegaBots, a Hayward, Calif.-based company (approximately 19 miles south of Oakland) that builds these robo-gladiators, held its second live event. It was an experiment of sorts. Instead of a robo-battle, it was more of a droid demolition derby, with MegaBots flagship mech Eagle Prime smashing appliances, a piano, and for the grand finale, a Chevy Astro van. 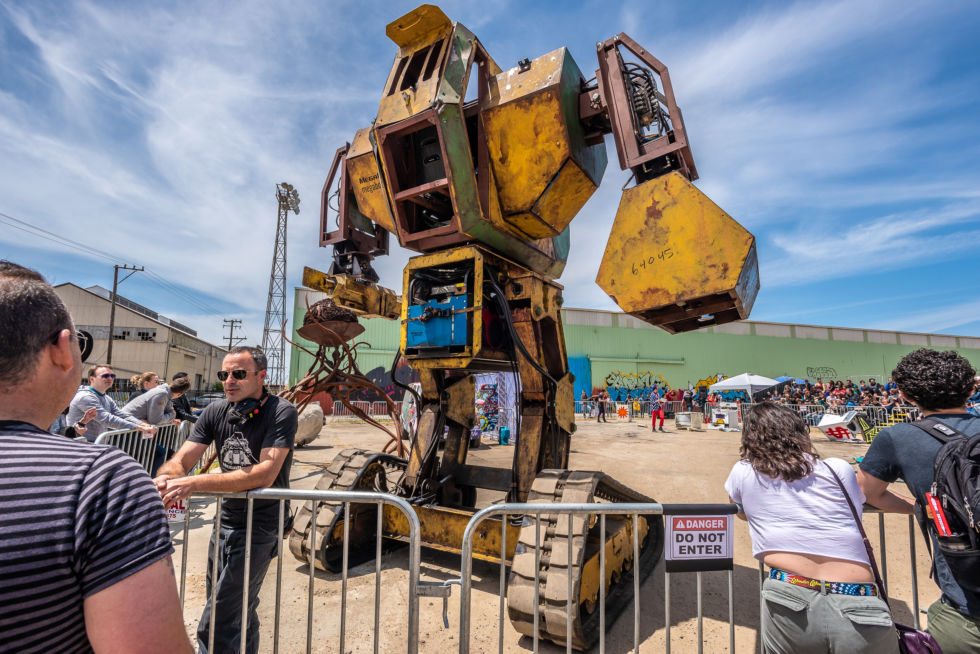