Antiestablishment candidate Jair Bolsonaro won Brazillian election over Fernando Haddad (Workers Party) with 55.5% of the vote.
Bolsonaro has pledged to usher in a new era of order and progress.  His campaign Lord Rich and poor voters were tired of the political corruption and spiraling.
Haddad was the stand in candidate for former Pres. Luiz Inacio Lula da Silva who was jailed for corruption. He had struggled to overcome voters hatred of the Workers Party.  That party has ruled last 15 years over which time the country suffered its deepest recession in addition to rampant corruption and crime.
Bolsonaro survived an assassination attempt in September and mostly campaigned from his home via social media.
Haddad was the puppet of da Silva from his jail cell.  Mr. Haddad registered as Mr d Silva’s lawyer which allowed him to have frequent visitatation rights with jailed ex-president.
And to think I thought the political system in the US was quirky.
The top economic advisor is on the wires saying: 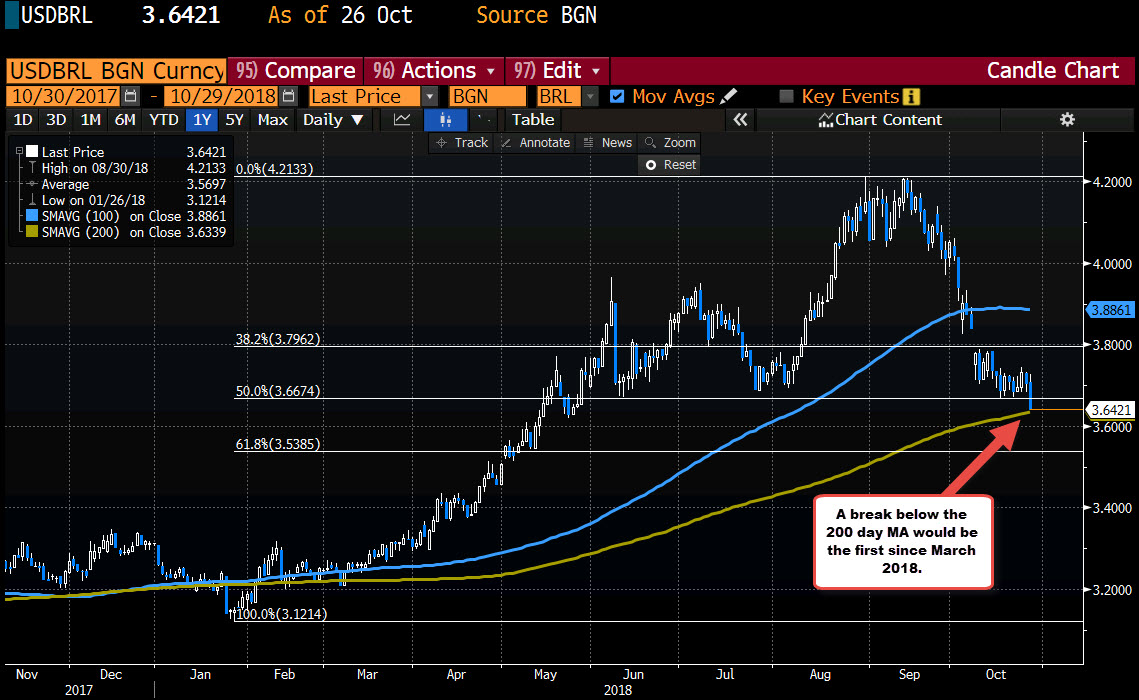 @pikines77
Previous Not a whole lot of change in the early trading levels
Next USDJPY moves higher. Helped by better stock tone.