GBPUSD rebounding today but there are some hurdles ahead

The GBPUSD moved to yet another new low for the year earlier in the day (low reacheed 1.20139 taking out Friday’s low at 1.20195), but could not go any further. That gave dip buyers some courage to rebound the pair after its sharp fall on Friday.


Nevertheless, the pair did set a new low going back to early 2017 where the price bottomed at 1.19859. If the market should turn back lower, that would be the next key target for the pair (see weekly chart above).
Sticking on that weekly chart, the price correction has the price back above a broken trend line (from last week).  That also gives buyers something to cheer about.  That trend line comes in at 1.2065.  Keep that level in mind intraday.  Stay above will be good news for the buyers.
That’s some of the good news for the buyers from the longer term chart.
Drilling to the hourly chart, there are some other positive technical developements.

Those are positive developements for the buyers.
However, there are hurdles ahead for the pair. 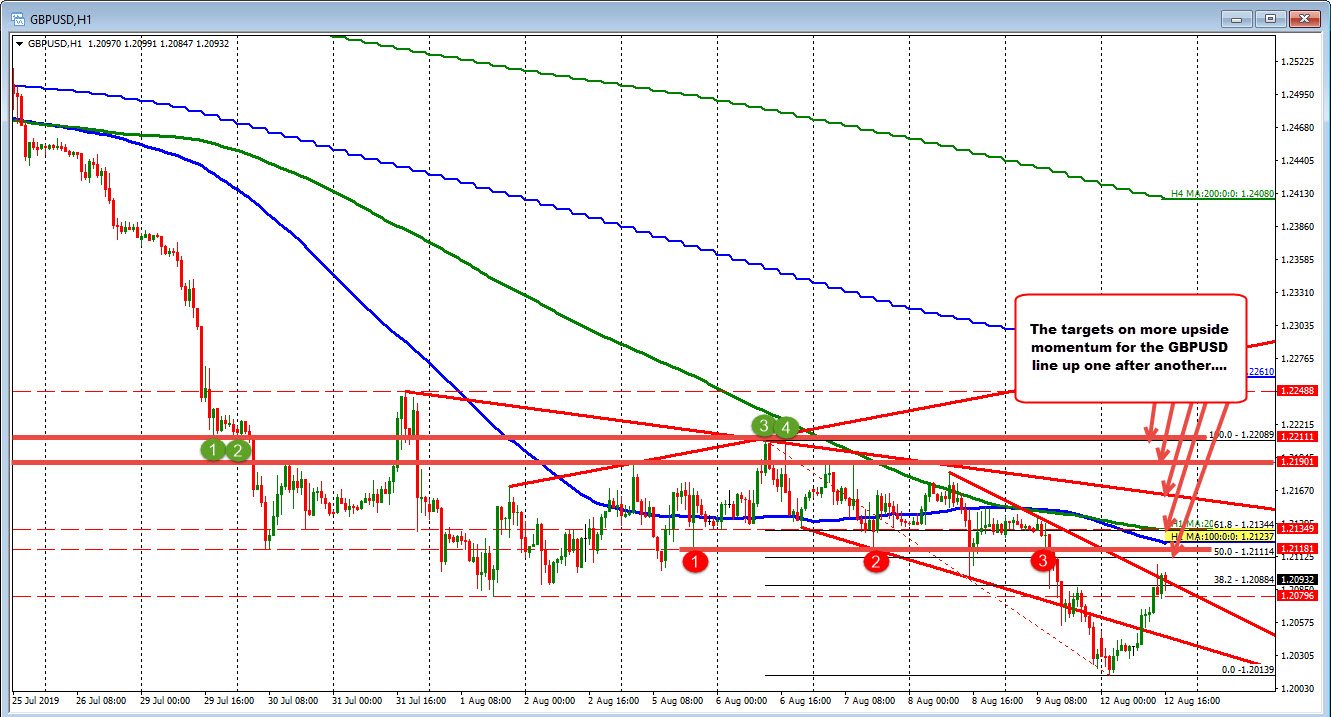 The buyers can argue that “Rome was not built in a day” and today’s price action is an encouraging start, but there remains some formidable technical hurdles ahead and fundamentally, traders will be looking for some good news out the UK/Brexit too (remember GDP was negative last week).
For now stay above 1.2079 and then 1.2065 from the daily to keep a correction hope alive.
ForexLive

@pikines77
Previous The JPY is the strongest and the AUD is the weakest as the NA week begins
Next USDJPY can’t get below 105.00 on the first test, but sellers still in control. Here’s why…