The GBPUSD has moved back down, retracing back to the converged 100 and 200 hour MAs

The convergence of the 100 and 200 hour MAs (and flattening of those MAs as well)  is a testament to the up and down nature of the pair as the market ponders (and trades) the PM Johnson’s “go” at the Brexit puzzle.   Success or Failure? There are 99 days to the October 31 date.
Yesterday the 100 hour MA was resistance. On Monday, the price fell below the 200 hour MA and corrected up to that level before selling off.  Today, both those MAs were first tested, the price came down, before breaking above.
We now retest.  This time with the two MAs a potential support vs the resistance over the previous two days.
A break below tilts the bias back around.
At least the GBPUSD has seen more price action. Lookng at the high/low and current changes, the other major currency pairs vs the USD are much closer to the unchanged levels and also trading in much narrow trading ranges. 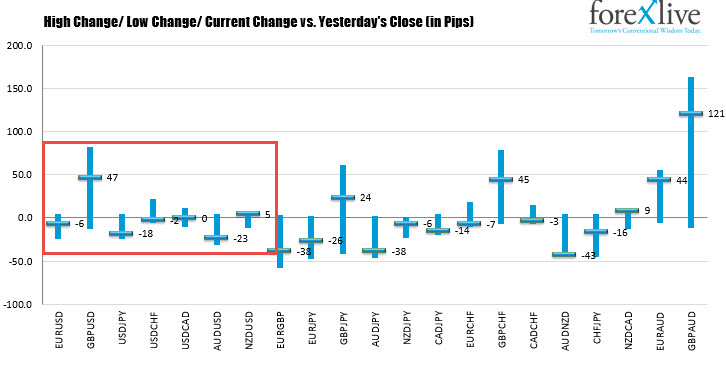