The GBPUSD fell in morning London trading but rebounded and erased the day’s declines coming into the New York session. However, the run higher ran into overhead moving average resistance defined by the 200 bar moving average on the 4 hour chart at 1.22955 and the 100 hour moving average at 1.22972. The high price peaked at 1.2297 before rotating back down. We currently trade at 1.2267. 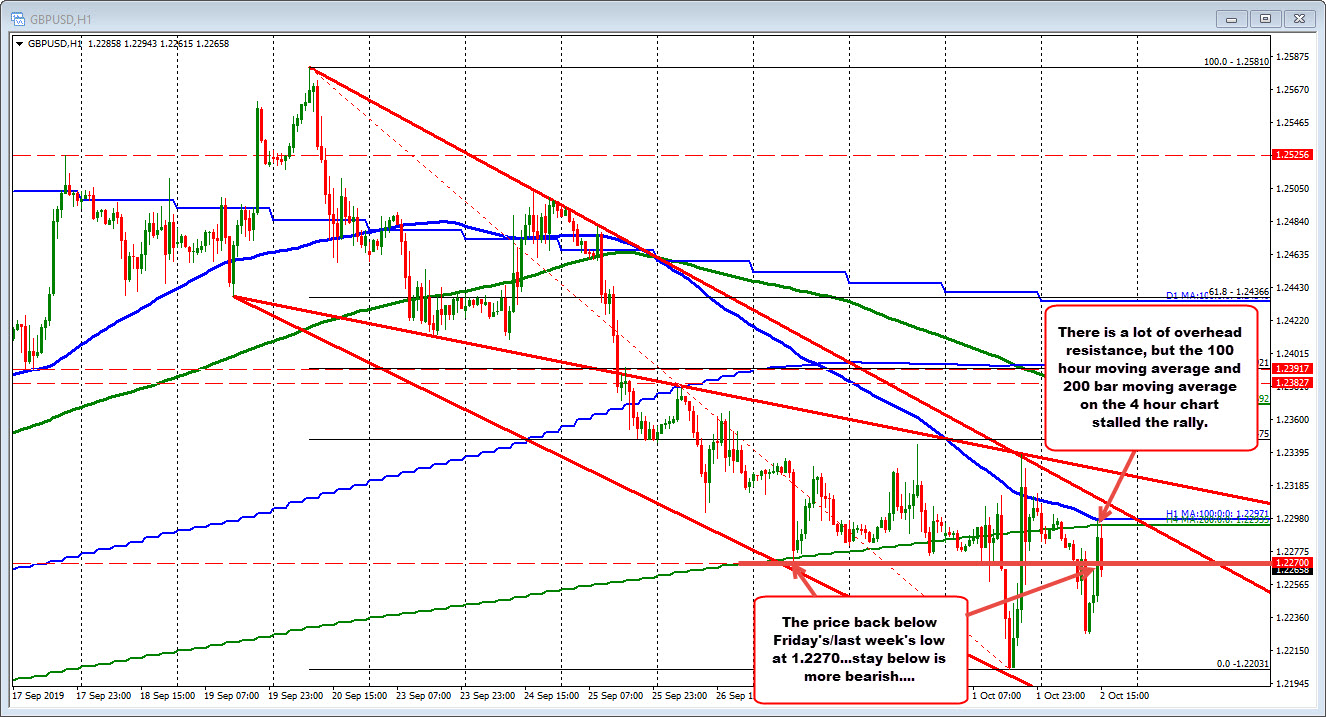 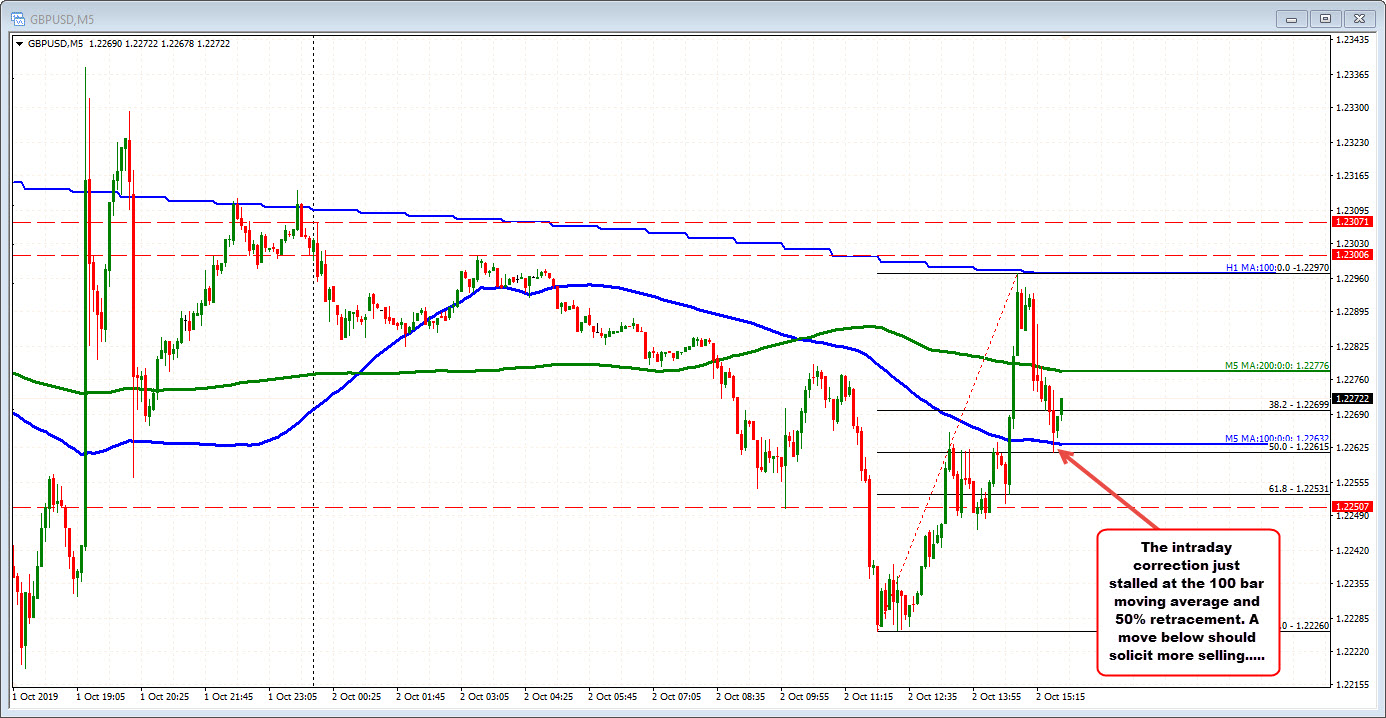