GBP/USD: Hopes of any recovery rest on May’s shoulders 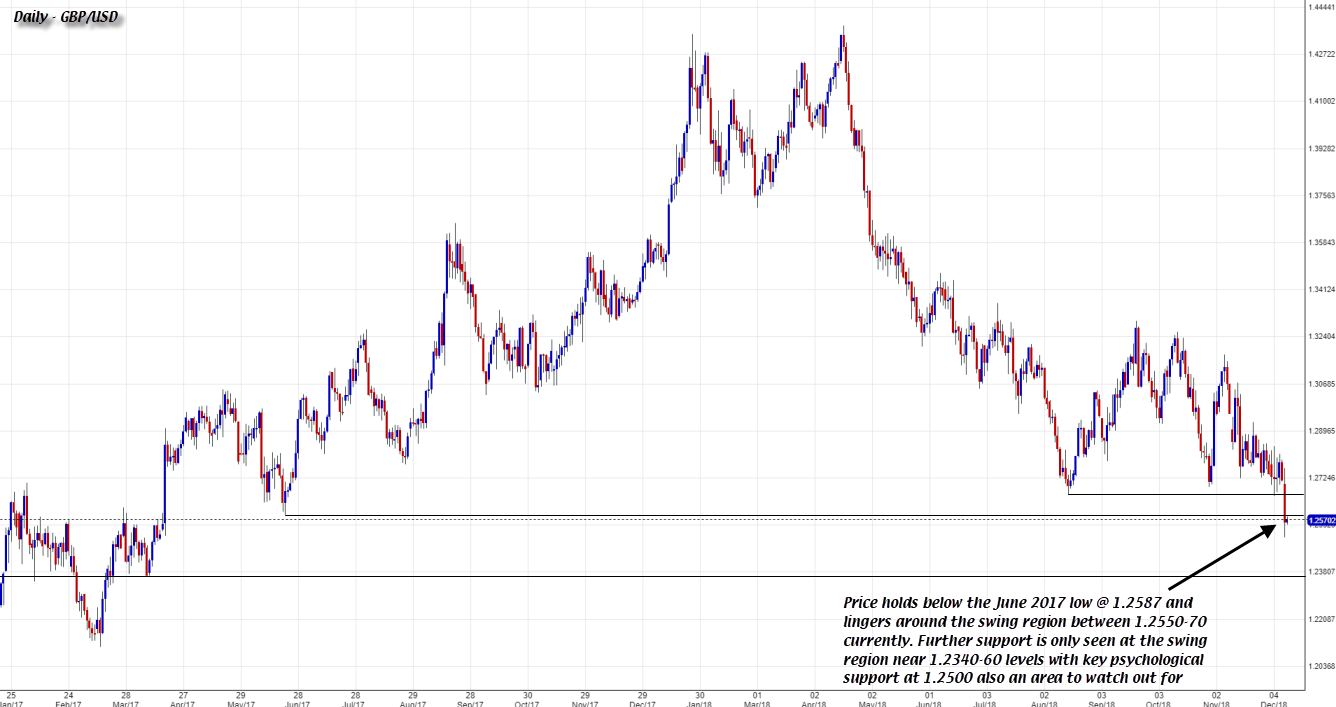 Price is now trading below the June 2017 @ 1.2587, hovering around 1.2570 as European trading begins. The pound was hammered in trading yesterday after May pulled the Brexit vote but ironically, hopes of any recovery now will depend on her as she travels to meet with Juncker and co.
She’s headed over to Germany later today where she will be meeting with European leaders in hopes that she will be able to seek legal assurance that the backstop will not be open-ended. She is very much hoping that such a move will be enough for her to return home and gather enough support in parliament for her deal to win a meaningful vote.
There’s no doubt that all parties would like to avoid a no-deal Brexit option at the end of the day. But at this point, we could be very well staring at that distinct possibility if the European Union refuses to budge on their position. And that is what markets are really fearing at this point.
Sure, there are still plenty of other outcomes that could play out should May fail in her attempt here such a second referendum, a general election, or even the far-fetched idea of revoking Article 50 altogether. But markets will always fear the worst when it comes to uncertainty and the price action in the pound yesterday reflects that well.
If May fails to get the legal assurances that is needed for the backstop, the fear is that the worst isn’t over yet for the pound. Technically, the break below the June 2017 low is rather crucial as it opens up the path towards the psychological level of 1.2500.
Beyond that, further support is only seen around the swing region of 1.2340-60 before we head towards the March 2017 low of 1.2106.
As traders begin to get more nervous about May’s chances of winning over European leaders and the UK parliament, expect the pound to stay pressured in the coming sessions especially now that the floodgates are pretty much open for further downside pressure to continue.

@pikines77
Previous Stocks recover and end higher on the day
Next EUR/USD upside limited by the 1.14 handle ahead of US trading