GBP/JPY shorts were the best trade this week

Eamonn promised me that the week he took off on vacation would guarantee some market volatility. The market certainly delivered with some of the biggest one-week moves of the year.
GBP/JPY has mostly been driven by the pound side of the equation this year but this week it was less about Brexit and more about risk aversion. The pair fell nearly 4% or 518 pips.

The pair broke the flash crash low and continued to tumble to the worst levels since 2016. In terms of the chart, there isn’t much standing in the way of a fall to the 2016 lows. 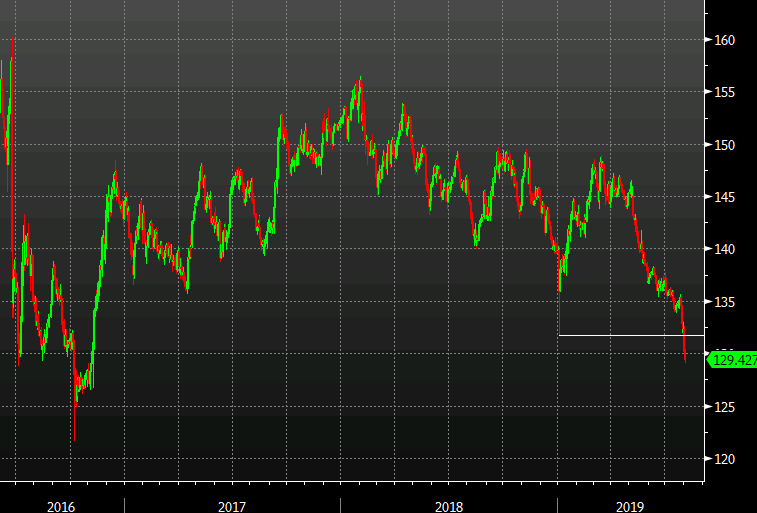 @pikines77
Previous GBP/USD: What levels to look out for as we look to wrap up the week?
Next The copper a chart to worry about