Market is stalling but not going far 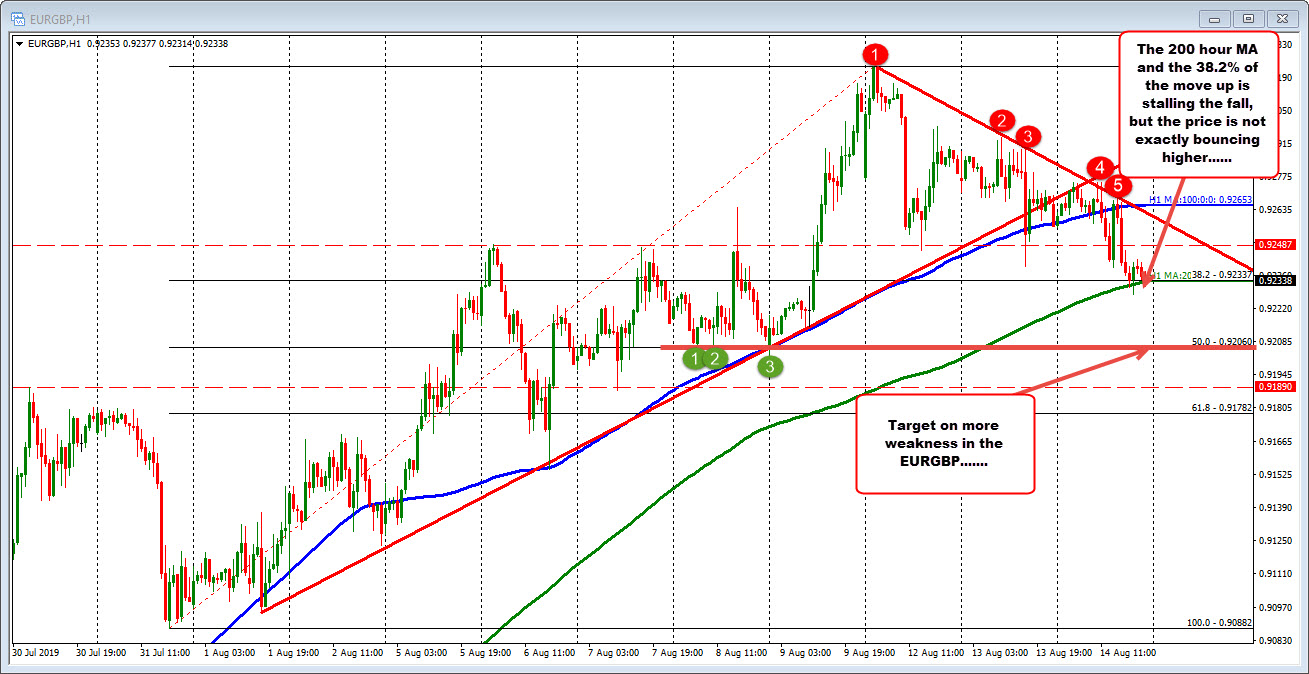 The EURGBP is testing the 200 hour MA and 38.2% retracement at the 0.92337 level (both technical tools are at the level). The price is not running through the level (although there have been some peaks below the line over the last 4 hours including the current bar), the moves higher have been very limited (the high reached 0.92425 over the last 5 hours with a low at 0.92415).  The price has not traded below the 200 hour MA since July 26th.
This is a key level for the pair. A momentum move below would look toward the 50% of the last trend leg higher at 0.9206.
The EURGBP has been supported with Brexit thoughts that the EU has UK risk, but the UK has risk from all the EU.
However, economic data out of the EU has not been that stellar of late, and rates are already negative in the EU. So there is a question as to what more can the ECB to stimulate (although there is rumblings of a fiscal boost in Germany which would be a help).

@pikines77
Previous Dow closes at session lows. Dow(n) -800 points
Next EUR/USD inches up after yesterday’s “break”, what levels to look out for?