Chart in focus US oil. OPEC does not pledge more supply.

I reported on Friday the interesting place that US crude was in here. The bullish sentiment from Friday is still here on Monday as the market is weighing up opposing narratives.
The case for bullish oil is that Iran’ s and Venezuela’s  production levels have fallen and that there is a lack of supply in the market.  If you look at the two chart below for Venezuela and Iran’s reported oil production you will see the fall in output.
Despite having the world’s largest reserves Venezuela’s output has dropped to around 1400k BPD 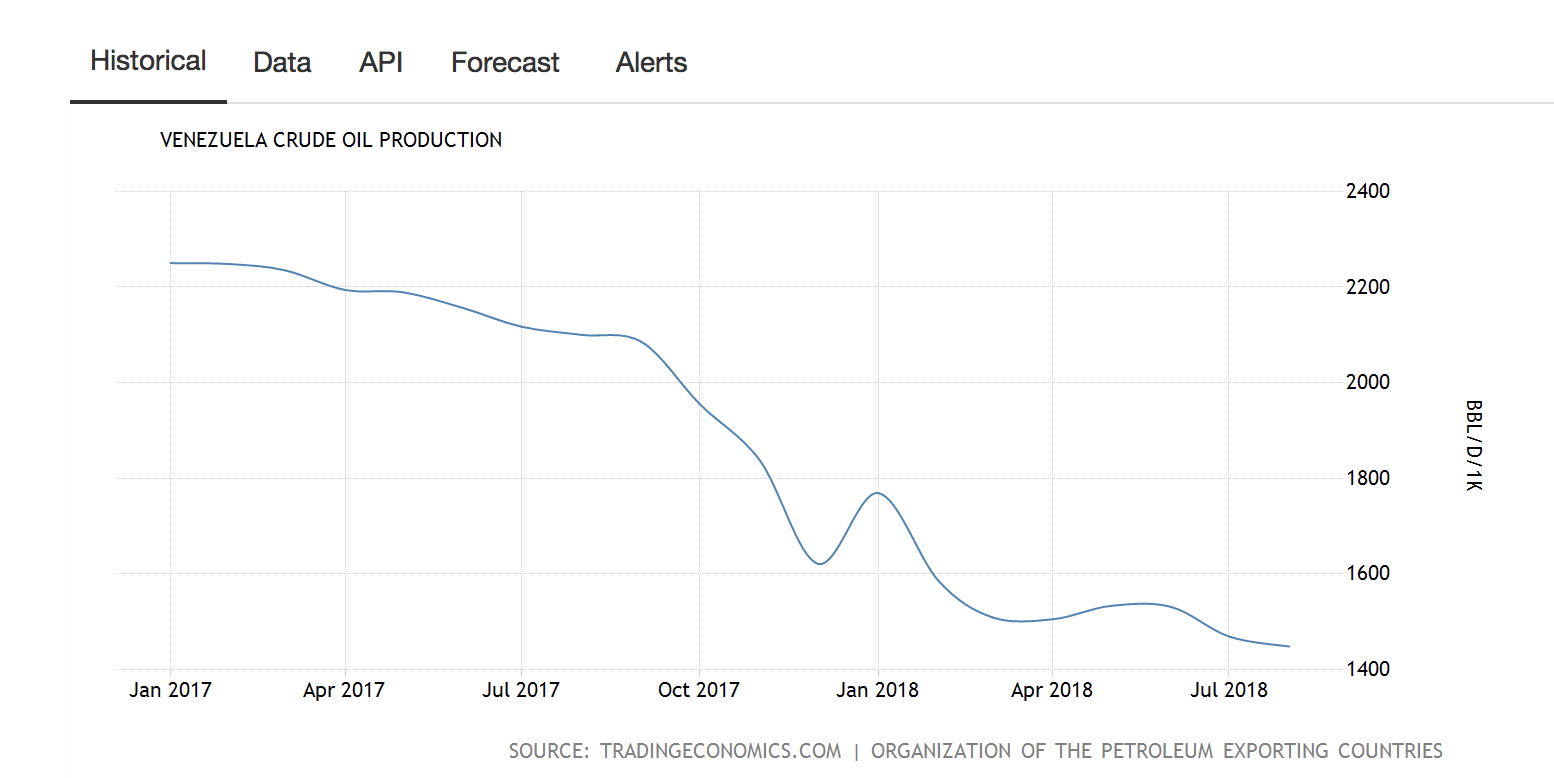 Iran’s crude output has fallen to around 3800k BPD 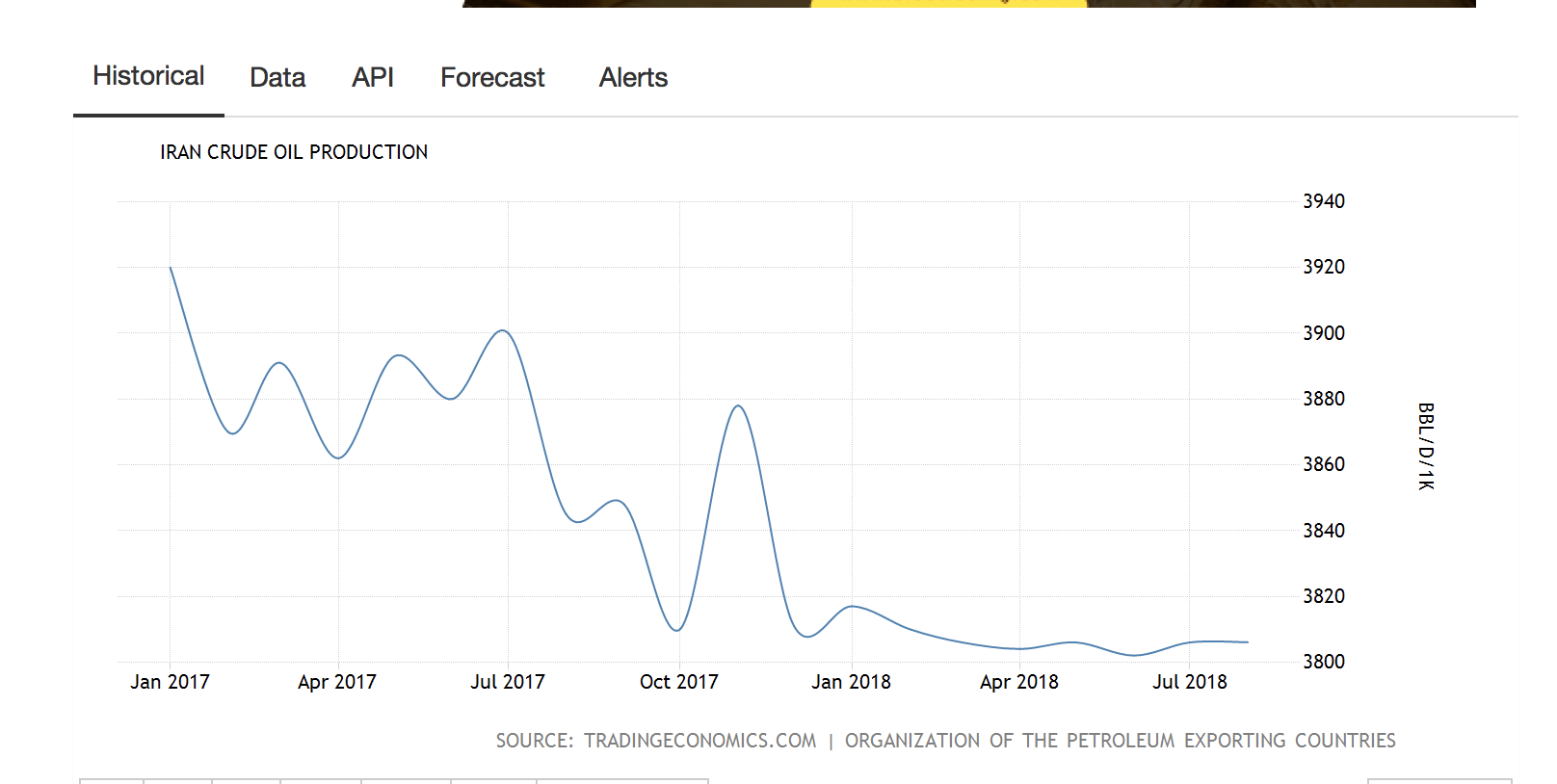 So, the drops in supply have been keeping Oil bid. The production limit by OPEC to steady oil prices has been very successful, but there is now pressure on OPEC to raise their production levels to keep the price of Oil down. President Trump get’s irate if the price of Oil get’s too high and starts a tweeting fire and fury,
OPEC met over the weekend for the WOO (World Oil Outlook 2018) meeting in Algiers. If you want to see some of the highlights of the meeting you can read it here. One of the thoughts was if they would talk about increasing supply. OPEC did not pledge more supply and that is why Oil is rallying from the open. The issue that I see is that OPEC may struggle to meaningfully raise supply, even if they wanted to. So, the talk of supply is easier than the actual delivery.  There is also an obvious money incentive to limit supply to keep prices bid. as OPEC’s production plan has worked beautifully for them  So, in the short term I favour buying dips. Of course, this is all headline dependent as one unexpected announcement (and particularly a tweet from Trump)  changes the near term direction of Oil. However, for the now, buy on dips.  Returns to the 50, 100 and 200 MA’s on the 1 hr chart can be viewed as buying oppurtunities.

@pikines77
Previous EUR/USD slips to session low as dollar, yen inches higher
Next A timely reminder of the number one factor driving the pound in trading