Chart in focus: AUDNZD. RBA and RBNZ’s divergence in outlook

Policy rates for the RBA have been set for some time and the falls in AUD have been welcomed by the Deputy Governor Guy Debelle. Further falls in AUD will be welcomed by the RBA and they are not going to respond to falls by any push to increase interest rates. The falling house prices and the high levels of household debt means that the Australian consumer is under pressure and some banks have already passed on some higher lending rates which means that the RBA are even less likely now to raise interest rates.

The RBNZ released it’s statement in August stating that it was going to keep rates lower for longer. However, since then the data has been pretty good. The CPI inflation data is now at 1.9%  and a 2% target looks like it is going to be reached. The GDP is at 2.8% YoY and the unemployment rate is at 4.5%, so there could be a case for RBNZ’s Governor Orr to reverse his dovish stance. All in all the divergence between the two antipodean central banks gives us a bearish AUD/NZD bias.

A good technical place to enter for a swing trade would be underneath the 200 EMA on the daily chart below. 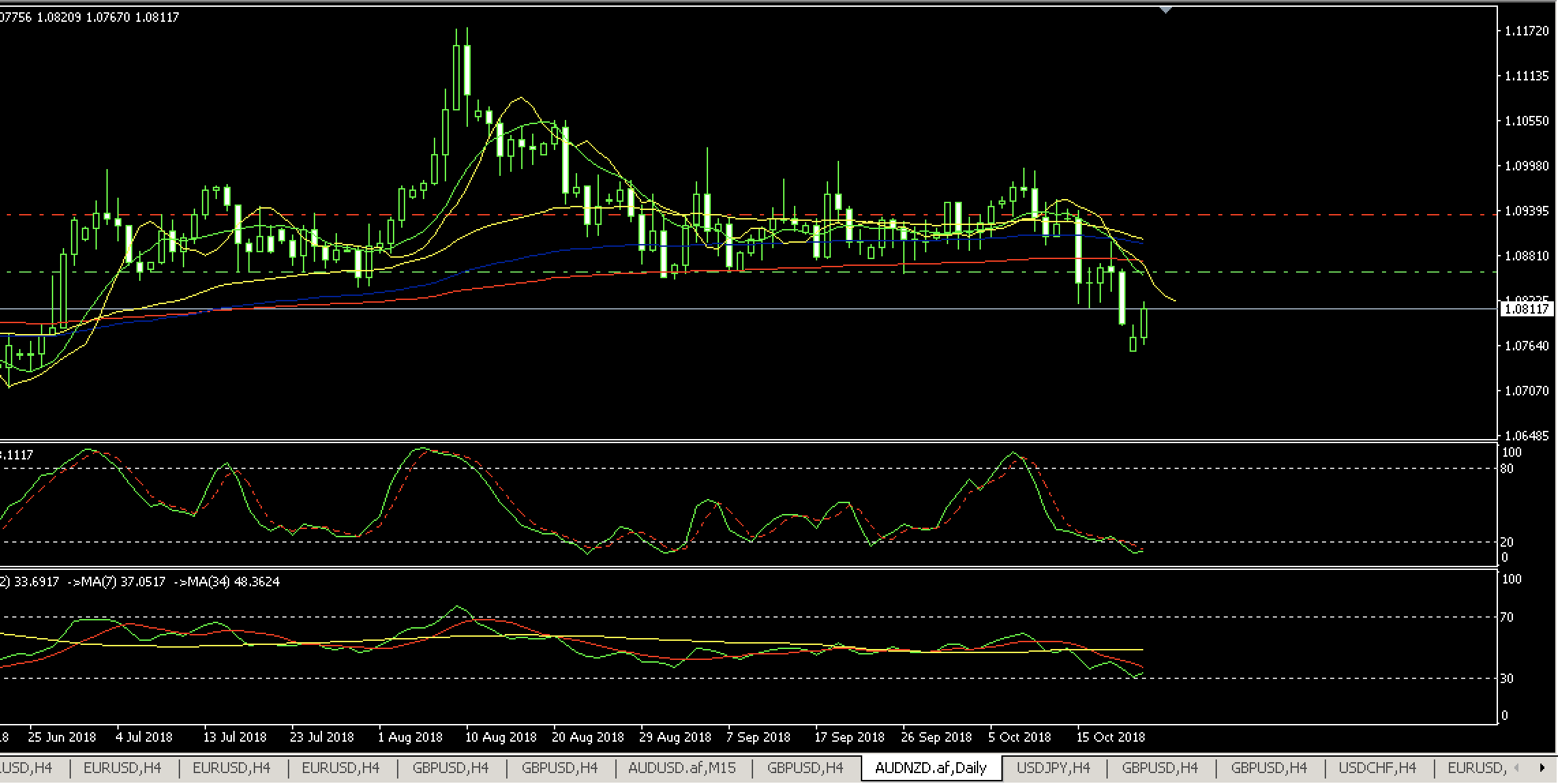