CFTC commitment of traders: GBP shorts the greatest since April 2017 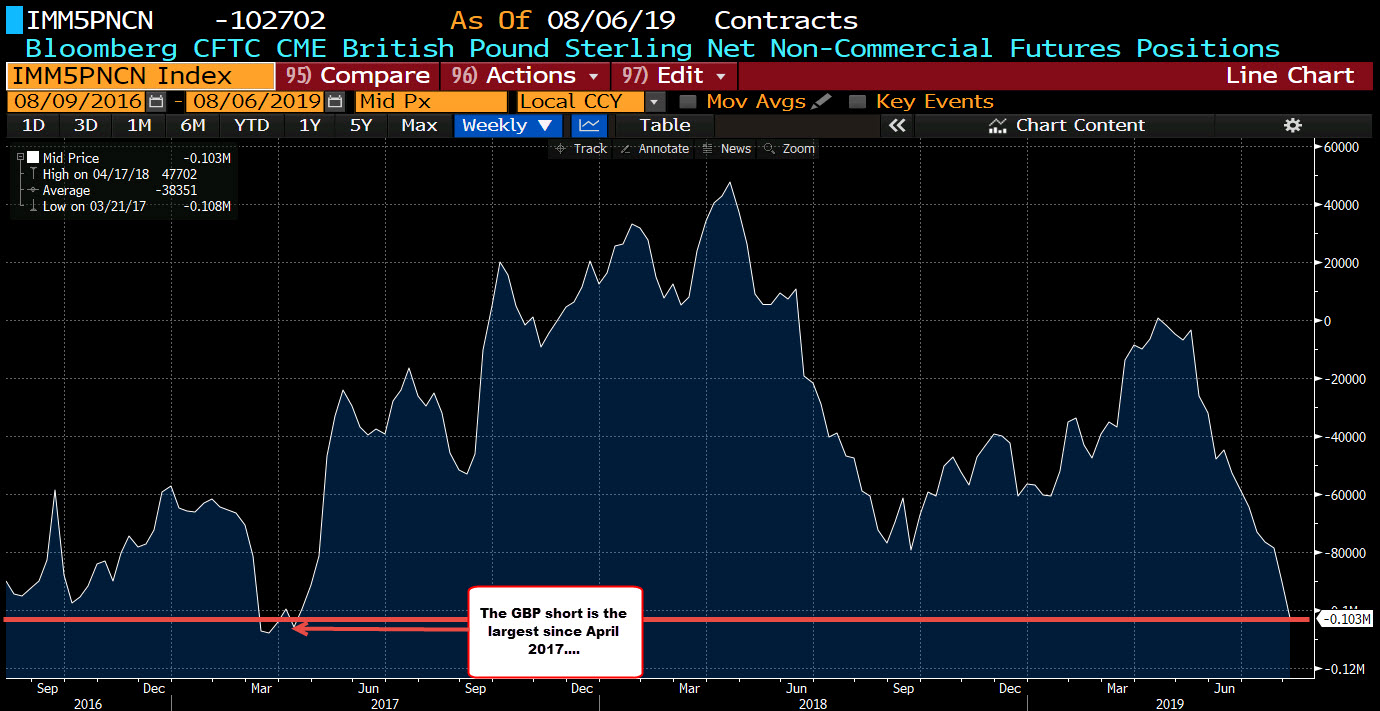 The market is short the GBP and have the largest specular position since April 2017. With the GBPUSD trading at the lowest level since January 2017, the shorts are making money on the positions.  This week the shorts or increased by 11K.
While short increased in GBP, longs increased in the EUR by 9K. The EURUSD did rally this week with most of the gains coming on Monday’s run (to the upside).
AUD shorts remains the 2nd largest position (short). The AUDUSD bottomed on Wednesday, helped by continued trade tensions with the US and China, and a surprised 50 basis point cut by its neighbors in New Zealand.
ForexLive