No respite for GBP 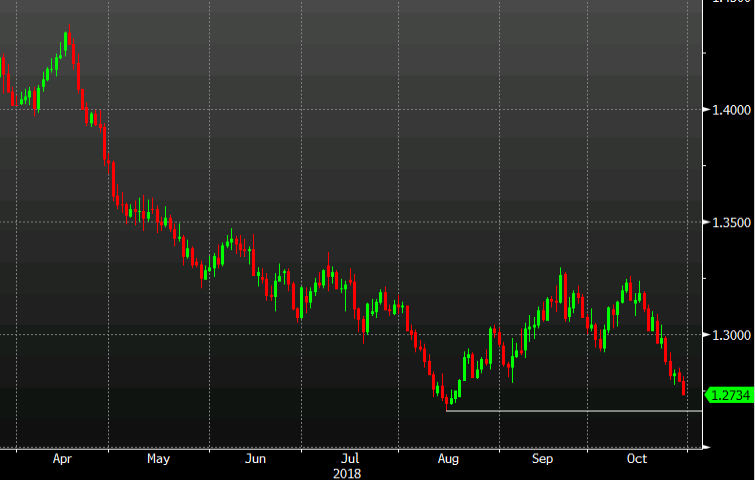 It’s been a brutal two-week stretch for the pound as it continues to lag on Brexit worries. The August low was 1.2662, which is now 70 pips away.

Yesterday’s budget didn’t have any growth-supporting measures and that’s weighed in the past two days, along with the volatility in equity markets. Data has also been a drag with recent reports on CPI and retail sales missing the mark.

Technically, it’s crunch time. The Aug-Sept rally is increasingly looking like a deal-cat bounce and that would be confirmed on a break below 1.2662 and then we could be talking about the post-Brexit lows in the 1.20 range once again.

Ultimately, the trade here is fundamental as we wait-and-see on Brexit. I don’t believe a deal announcement will be good enough, it will need to be something May can get through Parliament, which increasingly looks like the tougher task.