Could this be the breakout 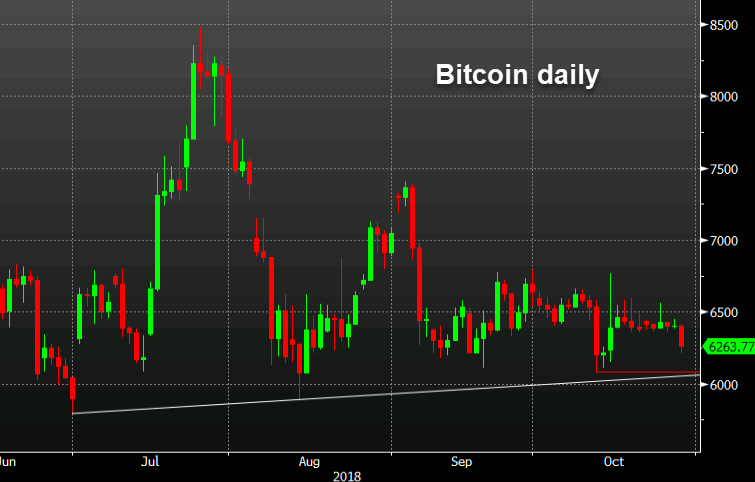 Bitcoin is down about 2% today which is less than the 3-5% drops in Ethereum, ripple and Litecoin.

Technically is where it gets interesting. Bitcoin has been quieter than its ever been historically, trading in a 3% range for nearly two weeks. Today’s drop breaks the support on the lower end of that miniscule range.

The move is still small but there isn’t much room for comfort ahead of the zone of support near $6000.

In the news today, South Korea’s NXC Corp bout Bitstamp from co-founder Nejc Kordic. NXC is the owner of video game corporation Nexon and already owns the Korbit exchange. Rumors of the deal have been circulating since April.