8th richest person in the world.  Conservative activist and philanthropist. 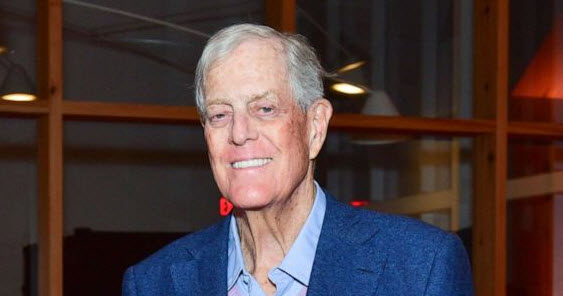 David Koch, the billionaire conservative activist and philanthropist, has died at 79.
David Koch and his brother Charles co-owned Koch Industries, a energy and chemical company since 1983.
Last year David stepped down from running the business due to his declining health.
Forbes ranked him as the 11th richest in the world. Bloomberg had him ranked 8th.
Koch is more widely known as a conservative activist.  He and his Brother helped to build a conservative network of donors for organizations that worked to mobilize voters and sway elected officials in support of libertarian-leaning economic policies.  Their nonprofit Americans for Prosperity, looked to support candidates that adhere to their free market, small government ideals (lower taxes, less regulation, free trade).
The Kochs promoted free-trade, but warned against tariffs.
ForexLive