The price has been trending lower since peaking at 0.70813 back on July 19. The low reached 0.66767 in yesterday’s trading. The low price yesterday fell below a lower trend line but quickly rebounded.   That helped to give the buyers a little more confidence in buying.  The dollar selling on the back of sharply lower rates yesterday also helped the pair move higher. 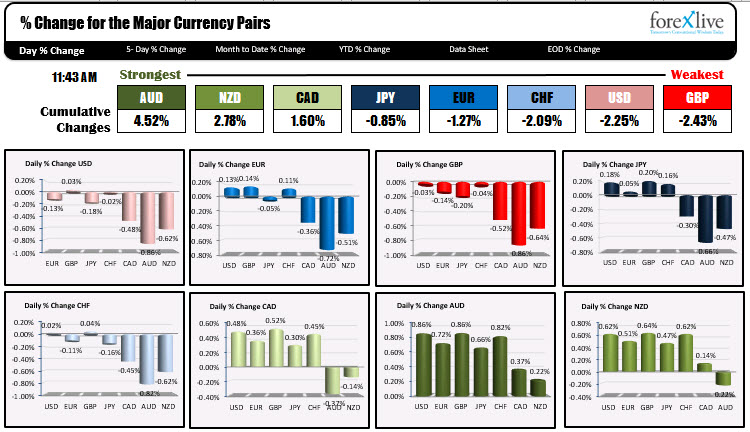 @pikines77
Previous The 100 hour MA catches up to the USDJPY price. Decision time.
Next EURUSD keeps below MAs above (but also above a MA below).