AUDUSD falls to the lowest level since March 2009, but moves back higher after weak ISM data

Price of AUDUSD moves below its swing low from August at 0.66767.

The AUDUSD has traded to new session lows and in the process has broken below its August low of 0.66767. That pushes the price to the lowest level since March 2009 (see monthly chart below).  10 year lows for the AUDUSD.
The catalyst has been the RBA decision. The central-bank cut rates by 25 basis points earlier today and in the process kept the door open for further rate cuts going forward.

Looking at the daily chart below, the swing lows from August came in at 0.66767 and 0.6687. the early September low was between those two levels at 0.66872.  The price after the weaker ISM data has pushed the price back above those old lows briefly. However the pair is back down trading between the old 2019 lows. To keep the bears happy, a break back below the 0.66767 is eyed.  A move back abov the 0.66887 might spoil the sellers move and solicit more buying.   Key moment for the pair. 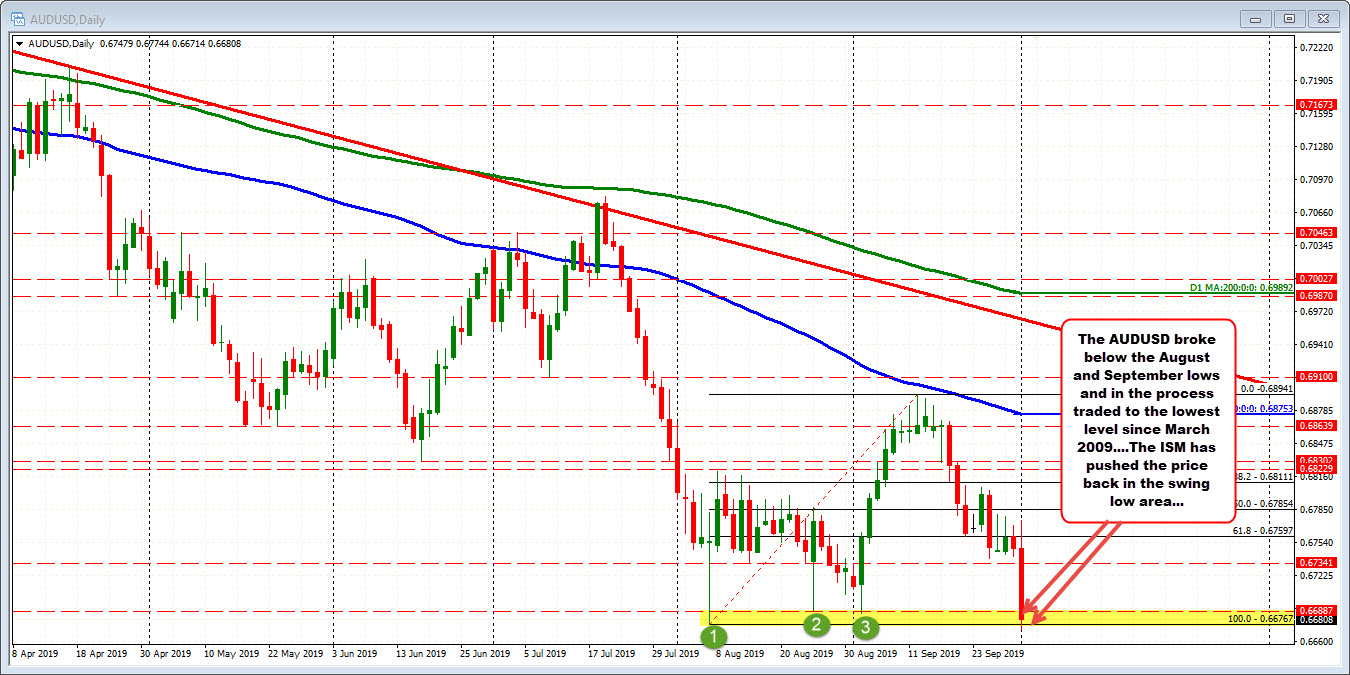 Drilling down to the hourly chart, the pairs tumble today and moved close to a lower trend line at 0.6668.  The low reached 0.66714.  Should the price break back lower, getting below that level will tilt the bias even more to the downside. 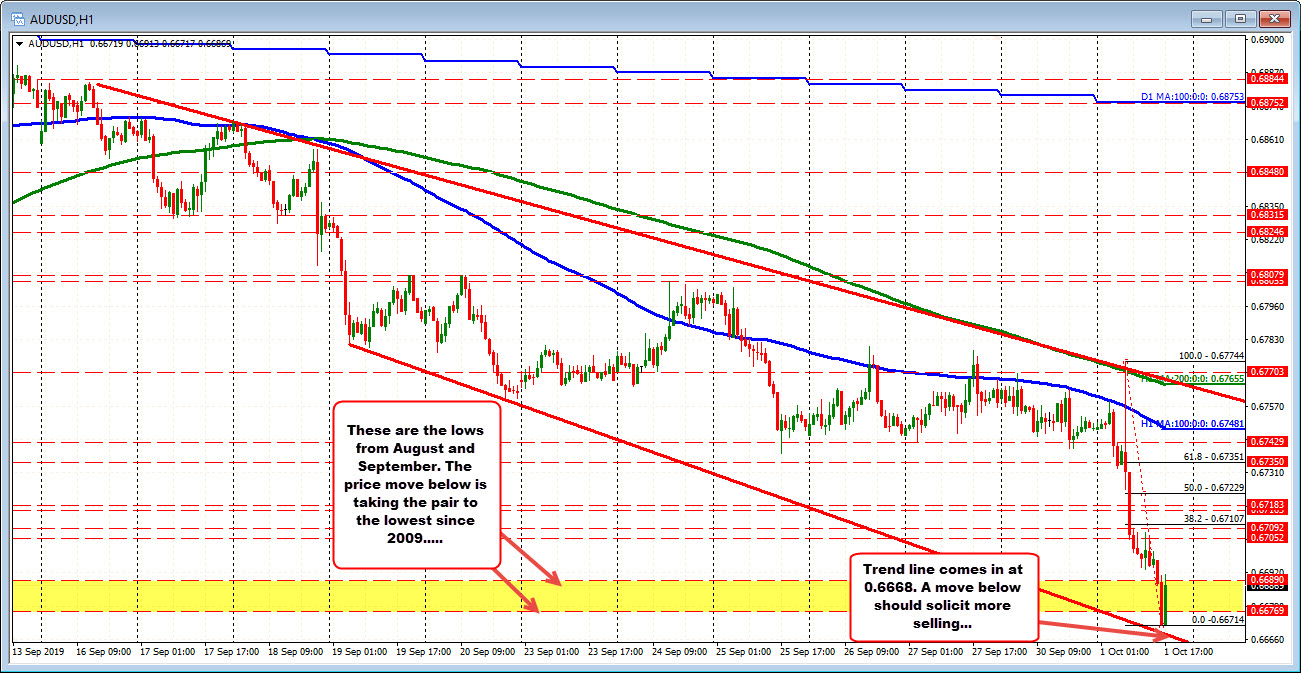