Analysis: Player interest in Call of Duty’s campaigns is cratering 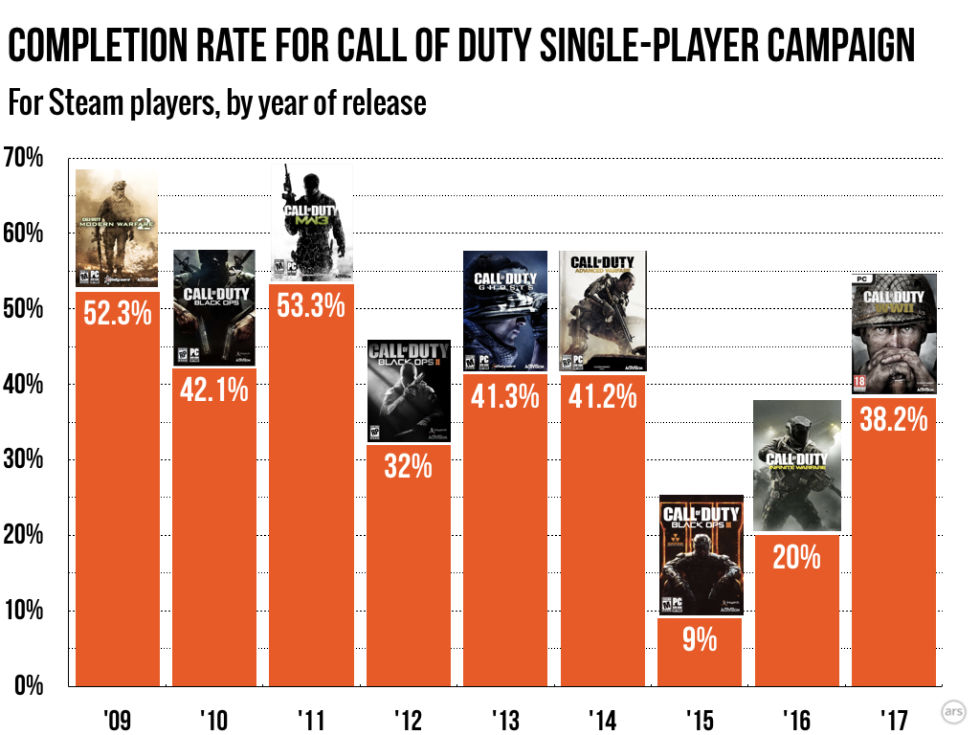 Last week, some Call of Duty fans were surprised and dismayed to hear that Call of Duty: Black Ops 4 will be the first game in the series to not include a single-player campaign mode. Those fans might be less surprised if they looked at Achievement statistics, which show a steady and marked decrease in the popularity of the series’ campaign modes over the last decade. Significantly fewer people are completing or even starting Call of Duty campaigns than in the past, suggesting that a more multiplayer-focused future for the series might be wise.

The data for this analysis comes from the Call of Duty series’ publicly viewable Achievement pages on Steam and Xbox Live, each of which lists the percentage of that game’s players who completed certain publisher-set landmarks (such as completing the campaign). These stats come from Valve and Microsoft themselves and provide the best public window into the actual play habits of tens of millions of Call of Duty players.