A technical look at some GBP pairs

A technical look at the EURGBP, GBPJPY, and GBPNZD

The GBP is leading the way to the upside today. The GBPUSD is up above the 200 day MA at 1.24055 for the first time since September 25.
What about some of the other GBP currency pairs.
EURGBP

The EURGBP has continued to run lower from the earlier post HERE. The price action has seen a number of breaks of technical levels including: 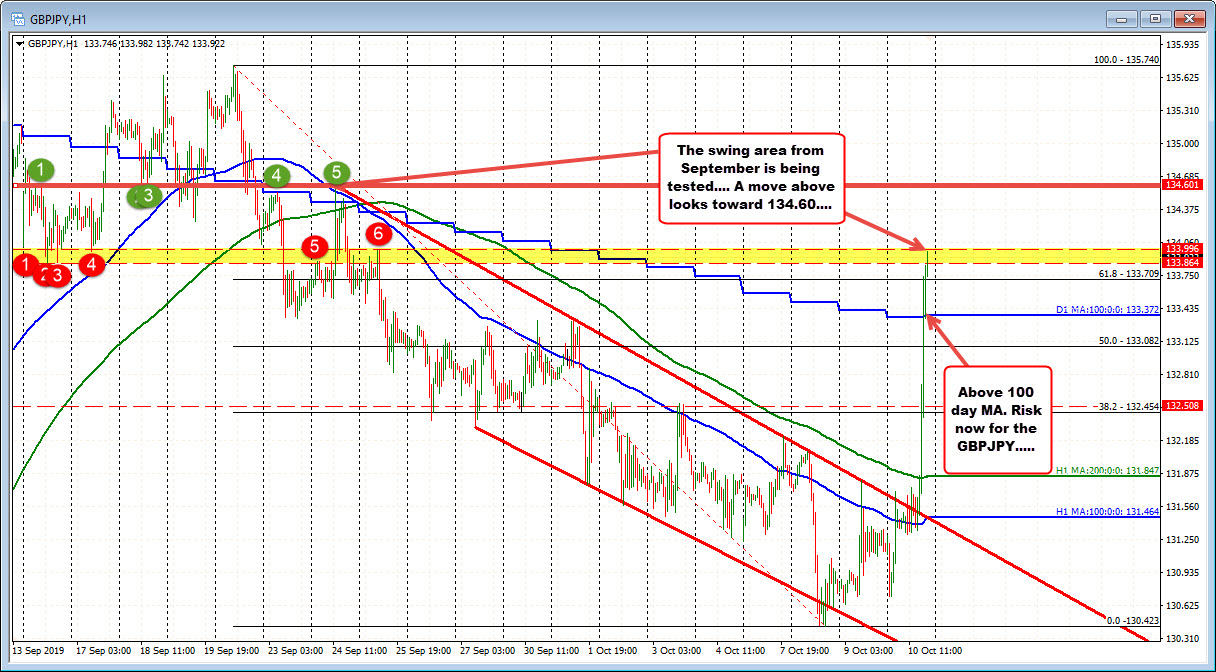 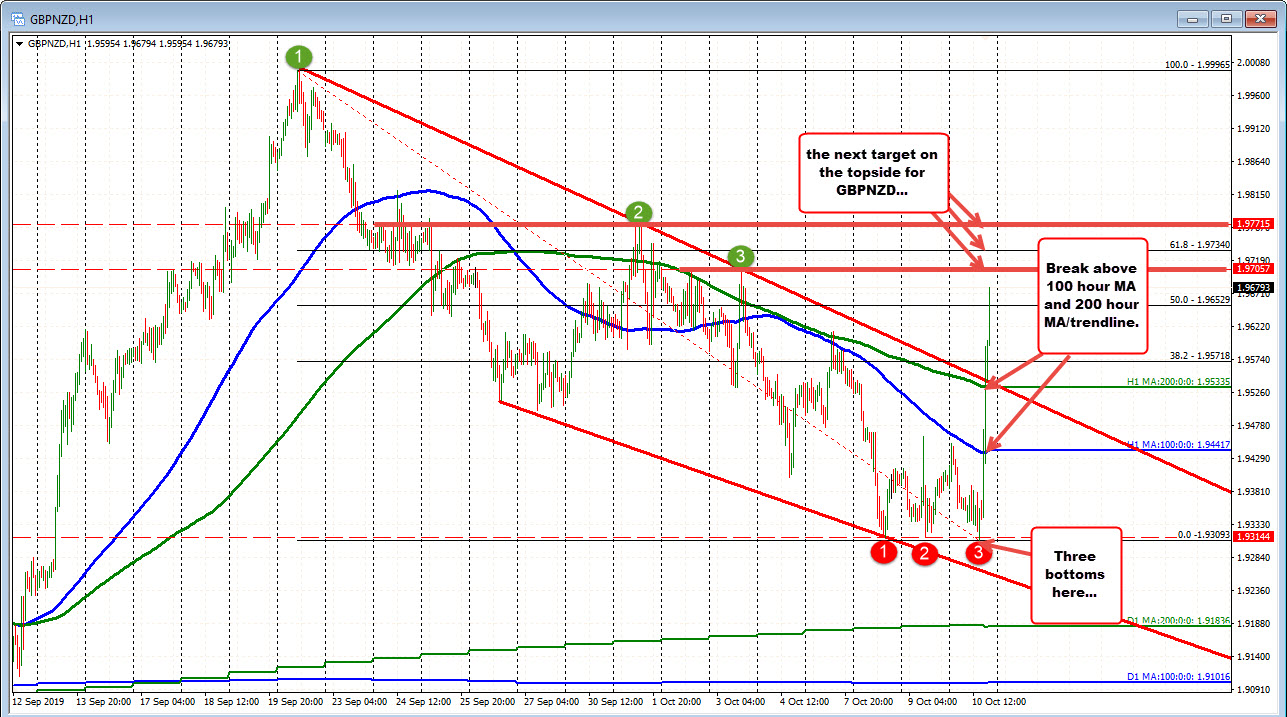 The GBPNZD is another pair that has reversed sharply higher from recent downward momentum. The pair actually made a solid low over the last 3 trading days at the 1.9309 level. Buyers against those levels earlier in the day were rewarded with the unscheduled good news (or perceived good news).
Technically the price moved above its 100 and 200 hour moving averages b(lue and green lines).  Close to the 200 hour moving average was a downward sloping trendline, that also shifted the bias more to the upside.

@pikines77
Previous US stocks run lower. No headlines.
Next GBPUSD paused at 100 day MA, but is now breaking above.